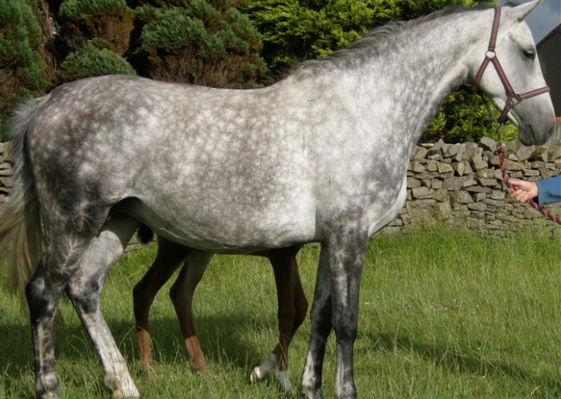 Grey Dawn has competed successfully in Germany in Style and Performance classes. She is a very pretty mare and produces very attractive foals with lovely temprements.

Only offered for sale due to overstocking, please contact us to discuss.

Caretino 168cm 1983 Holstein
Caretino was awarded 9 and 9.5 for his jumping ability at his stallion performance test and finished with 149 points. He was then very successful in the competion arena under Bo Kristoffersen with over 40 placings jumping nationally and internationally and on Nations Cup teams. He was even more successful with Ludger Beerbaum until injury ended his career in 1994. He has over 20 approved sons and offspring competing at the highest levels in dressage aswell as show jumping.

Dolle 168cm 1996 Holstein
Dolle is by Athlet Z who was bred at Zangersheide and is by the great Alme sire of Ahorn and Quidam De Revel etc. Athlet Z supplied a large number of approved sons including Acobat1,11,111, Athletico and Arturo. He also has a great number of horses competing at International level. The grand dam Naline is by Fra Diavolo who is the sire of Nankin, Quidam de Revelï¿½s damsire. 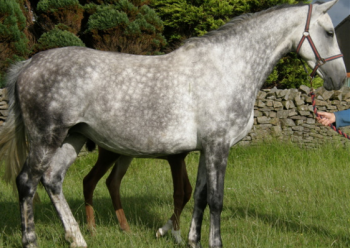