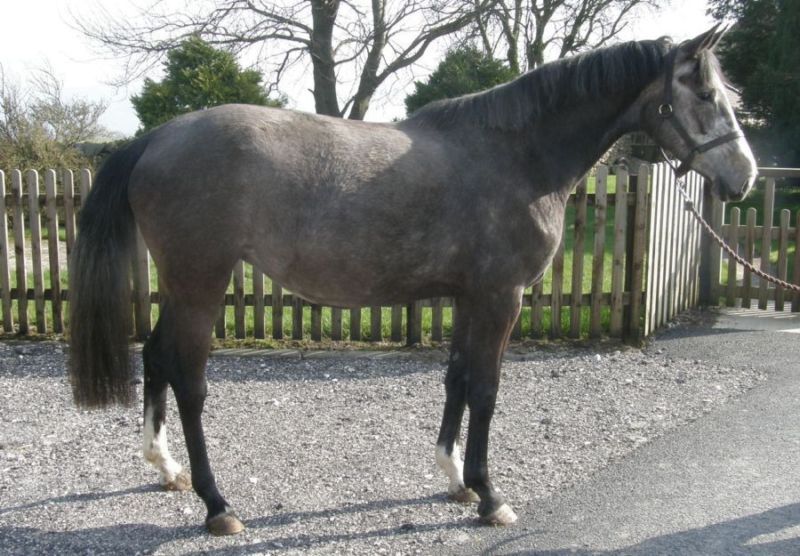 Baloulou is a very attractive, tall modern grey mare. She is exceptionally athletic over a fence with superb paces. She has all the attributes of todays modern type top class show jumper/eventer with an excellent pedigree.

Balou De Rouet 16.3 hh 171cm 1999
Balou gained top marks of 9.5 and 10 for his jumping at his stallion performance test and then went on win the final qualification of the German Young Horse Championships with the top score of 9.2

Her sire Lincoln (by Landgraf) has been standing at stud in Denmark since 1989 and during that time has produced 5 graded sons. Lincoln is also the dam sire of Russell ridden by Nick Skelton. She is from the stamm 18A2 and this family has been responsible for no less than 50 approved stallions including Clinton, Chambertin and Leonardo1 & 11. 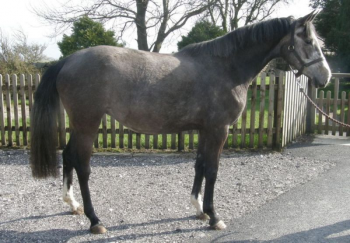 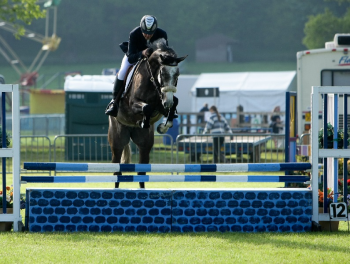 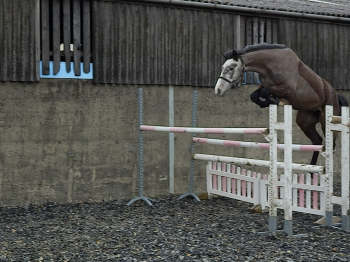