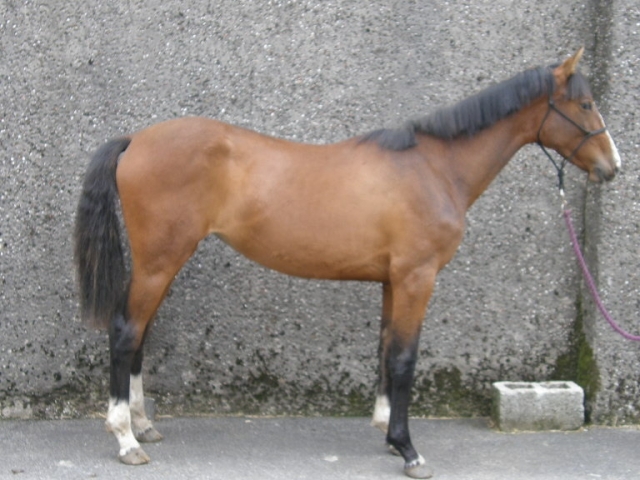 Bamboozle is a super bay filly who is tall elegant and very athletic. She will make a top class competition horse and future broodmare being from an outstanding dam. SOLD TO BELGIUM

SIRE:- Balou Du Rouet 16.3hh 171 cm 1999 Oldenburg
Already a successful competition horse at 1.50 m level, Balou du Rouet is now busy building a reputation as an outstanding breeding stallion. Although his oldest offspring were only six in 2009, they have already chalked up more than EUR 56,000 in competition winnings. Matched only by Cornet Obolenski, Balou du Rouet was the stallion with the most offspring competing at the Bundeschampionat in 2008 and, in 2009, three of the Bundeschampionat for Six Year-Old Show Jumping Horses competitors were Balou du Rouet progeny. Another of his offspring, Bacara, qualified for the World Championship in Lanaken and was subsequently sold at auction for EUR 140,000. Two of Balou du Rouet\\'s sons were approved at the Southern German licensing, another top stallion sold at auction in Hanover for EUR 85,000 and he now counts over 30 approved stallions among his offspring. Balous Bellini was champion stallion at the Munich 30-day test in 2009 with a score of 9.27 and a final jumping score of 9.54, and Bobby Brown was runner-up at his performance test in Adelsheidsdorf with an index of 143.23 points. Baranus sold at auction for EUR 120,000 after winning a class at the World Championship in Zangersheide and, in 2007, Be Bravo sold for the record price of EUR 350,000 at the AOS Auction. His FN breeding index score of 141 puts him among the leading breeding stallions, despite his young age. Balou du Rouet\\'s sire is three-times World Cup winner and individual Olympic gold medal winner in 2004, Baloubet du Rouet. This Selle Francais stallion is one of the most successful show jumping stallions of all time and he consistently passes on his performance genes to his offspring. Baloubet du Rouet\\'s sire, Galoubet, was competing at international level at the age of seven and won team gold at the World Championship in 1982. Balou du Rouet\\'s maternal grandsire, Continue, collected lifetime earnings of over EUR 310,000 and his dam line has produced several approved stallions.

DAM:- Fair Play 1996 State Premium Westfalen 16.3hh 170cm
Fair Play is a State Premium mare who is also trained up to medium level dressage. At her mare performance test she was placed 1st out of 82 mares and received 9\\'s for her walk and trot, 9.5\\'s for her canter and loose jump and 8.5 for rideability. She was also placed 1st at the Rhineland mare show and 4th in the European mare show in Brussels. She has already produced a stallion son by Munchhausen. She has been on a dressage yard /stud in Germany after being purchased for a large sum of money as a 3 year old. She has competed with us for a winter season show jumping where she competed at Foxhunter level. Her sire Ferragamo is by Freigraf who is by the legendary Furioso 11. Freigraf was campaigned very successfully by the Paul Schockemohle stables becoming the national vice-champion show jumper in 1992 at Verden. Ferragamo was vice-champion at his approval and runner up at his performance test gaining a score of 10 for rideability. He then went on to produce 12 approved sons from his first batches of foals and his son Falcone was sold for a record 280,000 DM at the Elite auction.Fair Play\\'s dam is by Damenstolz who was a highly modern and very handsome stallion who goes back to Duellant via Duft 1 who revolutionized the dressage sport. 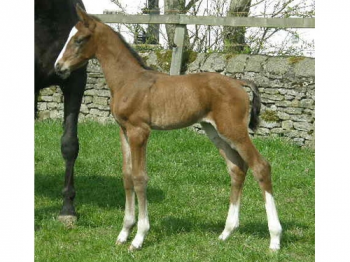 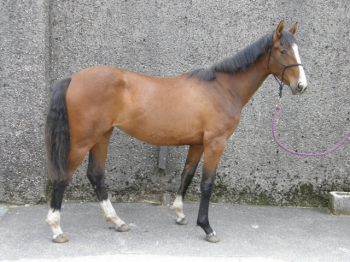 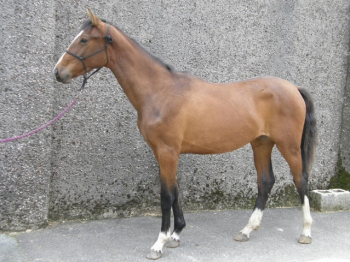 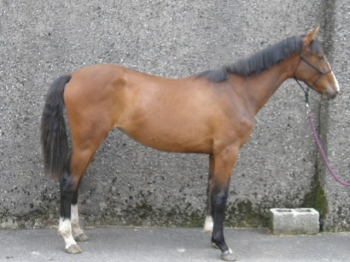 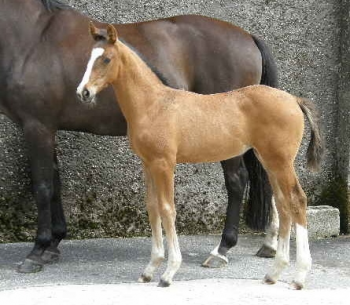 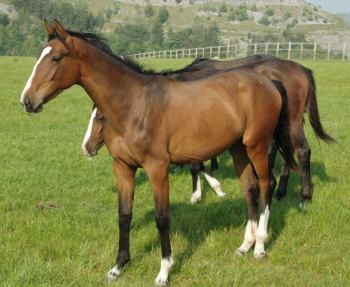