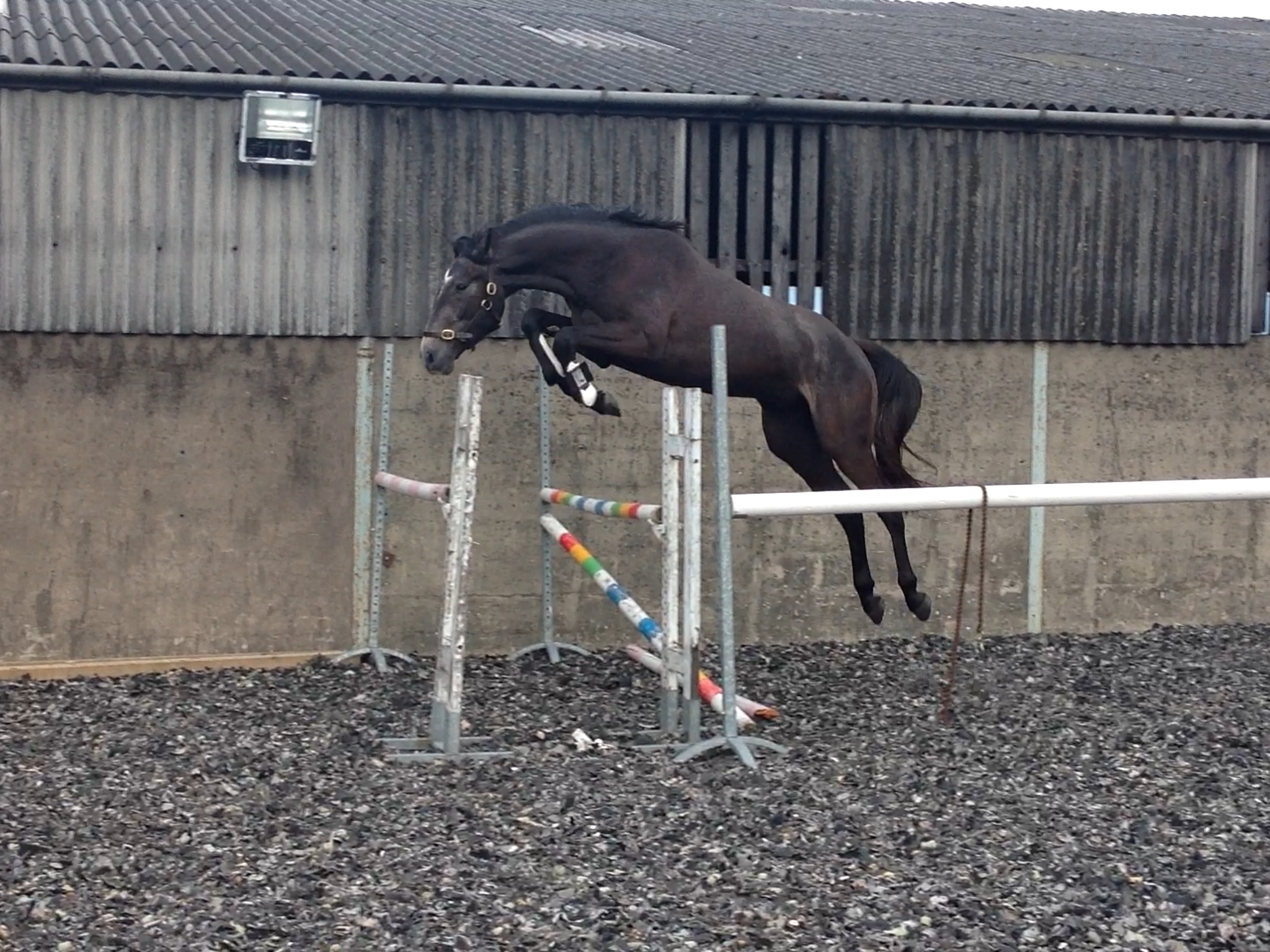 Casper is a lovely modern type gelding by the International show jumper Casino. He has already a great personality and very athletic paces. His dam has competed at 1.50 -1.60 level in Germany winning over 11,000 euros at S level. He already has the attributes of a top class show jumper and we have high hopes of a great future in sport for him.

He was backed as a 4 year old proving bold and sensible and was then turned away to mature.

He competed at a couple of shows at the beginning of 2016 but was then turned out after getting a splint.

He is now in full work and out competing BS at Discovery/Newcomers level and is brave and careful. Ready to go on and low mileage, unspoilt and a pleasure to do.

Cassino Grey 173cm 1992 Holstein
Casino, is an exceptional stallion but this is not surprising, since he is a very modern and sporty son of Capitol I, the proven and highly successful sire of the Holstein breed.

Maternal inheritance demonstrates the power of the dam 318D1, from which many highly successful offspring have descended. Casino\\\'s mother Weisse Dame is in fact the grandmother of the World Champion and European co-Champion Cumano. His dam sire is Caletto II- (Classic Touch winner of the Olympic Games) Marlonxx-Kalif.

Casino\\\'s full sister Casita took part in the Olympic Games in Athens for Saudi Arabia and his full brother Calucci is also an international success in the UK with Di Lampard.

Casino jumped internationally under his rider Michael Aabo, winning Grand Prix and a lot of international placings at top shows, and representing his country twice at the European Championship in Donau-Eschingen(DE) and San Patrigano(ITA).

Casinos offspring have been winning at the international Younghorse Championships in Falsterbo(SWE), placed at the European Championships, World Cup and Grand Prix placed and at the three day event Casinos son \"Make my day\" was tenth in the World Championships in Achen 2006 under his rider Karim Laghouag(FRA). Daughter Casablanca has already been victorious on the World Cup and Star Appeal won the Danish and Swedish jumpers championships and Felini Skovsby who is ridden by Swedish rider Ylva Wikman was placed in several Grand Prix\\\'s.

Loutano is the son and at the same time great-grand son to the incredible hereditary transmitter of showjumping, Landgraf. The combination with Calypso I completes the image of a top modern sire with versatile heredity.
Loutano was the Reserve Champion of the 1990 Holsteiner approvals because of his type and movement and also because of his deviation from the ideals of conformation. Following many wins in conformation classes, Loutano competed successfully in the Federal German Riding Horse Championships in Munich 1991 where he placed 3rd in the final for three year olds.

Loutano\\\'s predisposition for dressage enabled him to attain continued success within the discipline. Margit OttoCrepin has had international dressage success with Loutano at the Grand Prix Level. In 1998 the pair placed 4th place athe Grand Prix Special in Beck located in the Netherlands.

In the 2000 FN breeding value rating Loutano was listed among the top 20 of showjumpers in his age class. Loutano has so far produced 17 approved sons including Lorentin 1 & 11, Landtanzer, Lorado, Loutino and Lothringer. 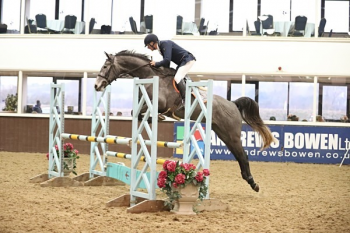 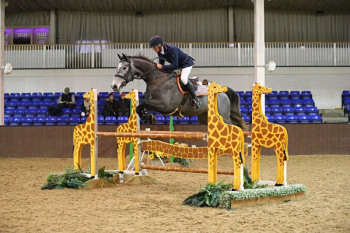 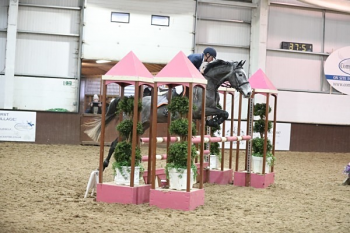 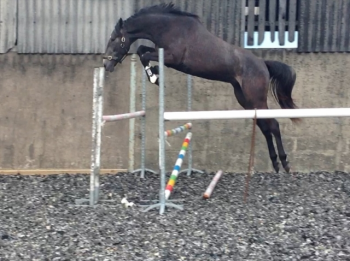 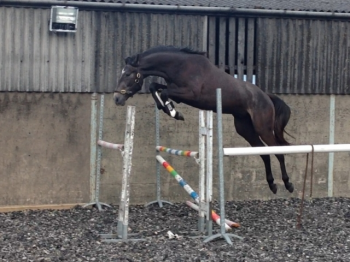 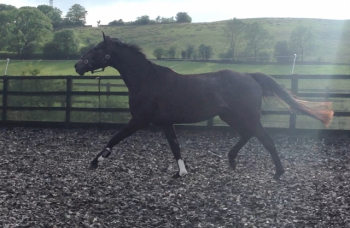 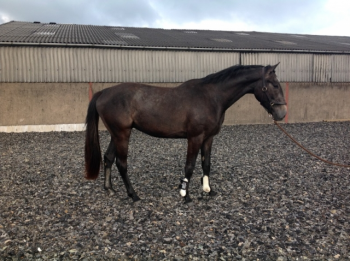 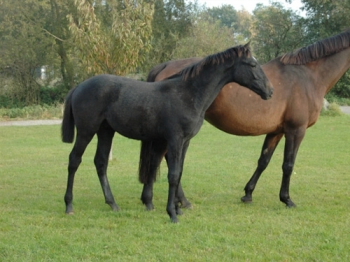