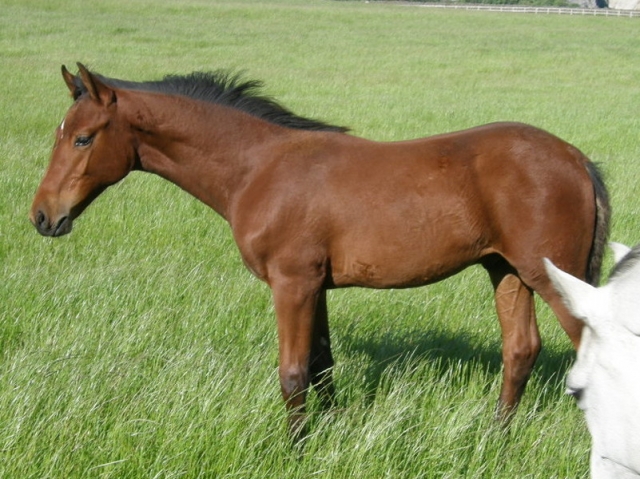 Chilido is a charming, very athletic colt with a beautiful face by the super stallion Calido. He has an outstanding pedigree and is sure to make a top class sports horse and one of only a handful by Calido in the UK. POA

This outstanding colt is ready at the end of August.

SIRE:- Calido 1 167cm 1993 Holstein
At his performance test in Adelheidsdorf Calido scored 129.05 (4/53) He was first in the jumping standings with 140.40 but 9th in the dressage rankings on 114.30. His jumping scores included a score of 10! In 1996 he won 22 showjumping classes up to intermediate level. Calido was the standout sire in the jumping at the 2004 Bundeschampionate, siring the winner of the Five year old jumping championship, Coster (out of a mare by Carthago Z) and the reserve Champion, Clintwood (Limerick), with a third representative, Celine making it through to the final. Calido?s dam, Baroness, is by Coriander, who despite his jumping breeding made something of a name for himself as a dressage horse with Wolfgang Schade since his grand-sire, Calypso II although primarily a jumper also produced horses with great rideability. Baroness is also the dam of the licensed stallion Black Incipit (an advanced showjumper) as well as the intermediate jumper, Cantango. Calido?s sire Cantus, who died in 1994, was a successful sire of jumping horses right from the start. His son, Come On was an international competitor with Ralf Schneider and the Princess of Jordan. Calido?s eldest progeny are already internationally successful including Eurocommerce Acapulco with Gerco Schröder, Calgary with Yuka Watanabe as well as Capitana G, FBW Cassius Clay, Coupe de Coeur, Concordia and Lyssah. He had 3 offspring competing at the 2008 Olympics Nobless, Calafornia and Cayak Stallion sons include Calanthano, Caleri, Calido Ass, Calmo, Candyman, Cantino, Cerutti, Cervantes, Chalet, Chapot Charakter, Charisma, Conquest of Paradies, Cormint, Coster, Counter, Count Basie and Crelido.. In the 2007, Hanoverian Stallion book, Calido is recorded with progeny earnings of 721,361 euro, with 496 progeny competing in jumping, with 98 at advanced levels. He has an FN jumping index of 144 and a dressage ranking of 117. On the basic of the Hanoverian mare and auction tests, he has a dressage score of 119 and a jumping rank of 159.

DAM:- Chi Chi 26/5/2003 Grey 16.1hh 165cms Holstein Premium foal
Chi Chi is a very pretty mare with an excellent technique over a fence. She showed huge promise in competition when a freak accident ended her career. She is from the stamm 1333 and this family has been responsible for many approved stallions .Her mother, Mandra is the full sister of the international successful Contender son Connie with Armin Schäfer Junior. Her sire, the recently deceased but very successful Clearway, includes two pillars of Holstein horse breeding in direct combination, via Capitol I and Lord. His sire Capitol I always enjoyed great confidence and popularity among the breeding fraternity, siring outstanding show jumpers such as Carthago, Calato, Cassini 1 & 11, and others. The dam, Wodka II was mated with Athlet Z and gave birth to the approved Arturo and together with Caretino, produced the stallion performance test winner Conway. The dam-sire Lord won his approval and became a hereditary transmitter of extra-ordinary diversity, whose progeny had successes around the globe. Ramiro in the third generation was a sire of the century. Chi Chi?s dam Mandra is by Contender. Contenders sire Calypso II was one of the most significant sires of Germany. His progeny are characterised by good jumping ability and excellent ride ability. He left outstanding sires and performance horses of international format in Holstein and Hanover. Contender won the 1987 Adelheidsdorf stallion performance test. He was declared I-b main premium vice-champion in Oldenburg as a result of his excellent 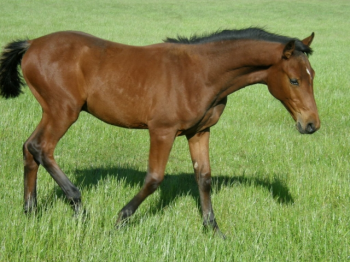 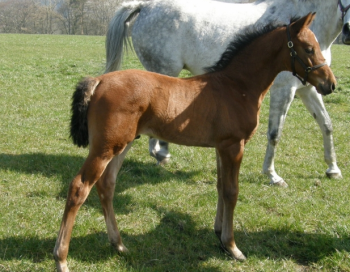 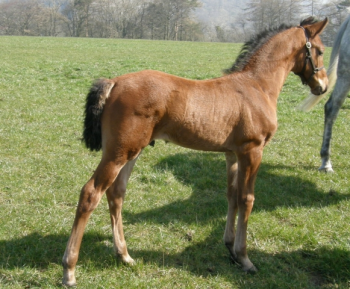 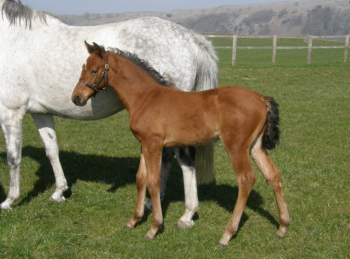 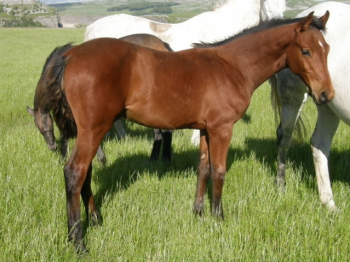