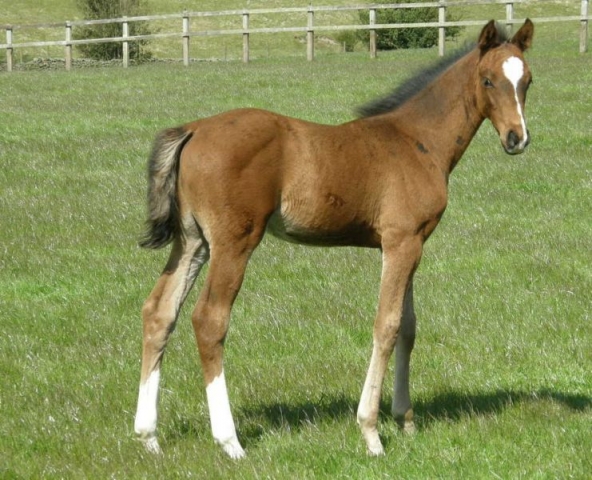 A very elegant, bay colt who is ultra modern with amazing paces and a lovely temperament with all the attributes of a modern type top class show jumper. This colt has a very promising career ahead of him being from a proven dam and damline. Serious enquiries only from a competion/stallion raising home. SOLD


SIRE:- Contendro 16.1 ? hh 166cm 1997
The career of the extraordinary sire Contendro I in key words: 1999 Holstein premium stallion, winner of the 2000 stallion performance test, placed in the 2001 Holstein Riding Horse Championships and nominated for the Bundeschampionat. His heavy breeding schedule only allowed sporadic appearances at shows but when he competed, he always took home a ribbon. His sire, Contender, is one of the world\\'s leading jumper-makers. His dam Bravo is also the dam of the licensed stallion Caretano Z (by Caretino) who died much too early in 2001 after a brief but highly successful career as the 1997 Vice Bundeschampion, 1999 World champion of 7-year old show jumpers and placing in the World Cup Final of Gothenberg/SWE. She also gave birth to a full sister, BB Caretana/Niklaus Schurtenberger/SUI, a highly successful international show jumper mare. In 2003, Bravo gave birth to Contendro I\\'s full brother Contendro II, her third licensed son, and in 2008 her fourth, the Holstein Verband stallion Cassito (by Cassiano). The granddam, Ofarim, is the dam of a licensed stallion named Conteur (by Contender) who qualified for the Nürnberg Burg Pokal. Her daughter Evita XII (by Reichsgraf) is the dam of the licensed Caballo (by Coriano), who is successful in the US. Contendro I is one of the best advertisements for the famous Holstein performance line 104 a. and is the sire of over 50 licensed sons, numerous state premium mares and top class show jumpers. See www.gestuet-famos.de

DAM:- Concordia 16.2 hh 168cm 1995?(see broodmares)
Concordia has successfully competed abroad with an amateur rider up to 1.50m level in show jumping, winning over 14,000 euros at S level.She had already produced 2 premiumed foals in Germany before we bought her. She now has had several top quality foals for us such as Millfield Tina (winner of 4 year olds at British Young horse Show Jumping Championships) and Millfield Fandango (Champion UK KWPN )foal in 2010. She is from the stamm 1298 and this family has been responsible for no less than 27 approved sons including Lord, Emillion and Raimondo. Her Sire Carthago Z competed at the Olympic Games in 1996 and 2000 with Jos Lansik and was also a winner of numerous grand prix and nations cup. He is one of the most successful ever Capitol 1 sons and now has several approved sons himself from a very short breeding period due to being withdrawn in 2000 due to infertility. For this reason and the successes of his progeny make Carthago blood highly sought after. 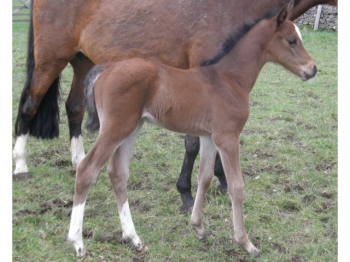 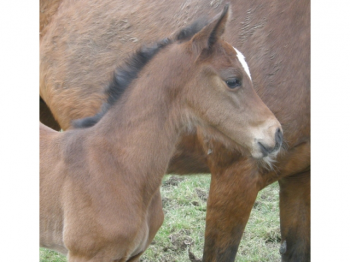 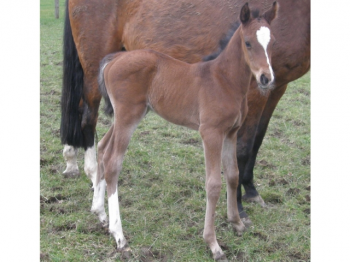 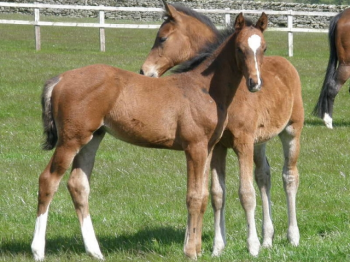 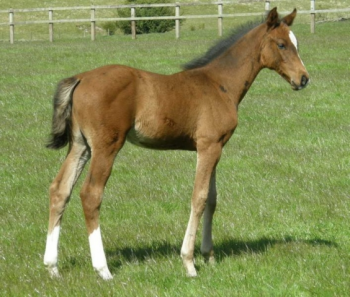 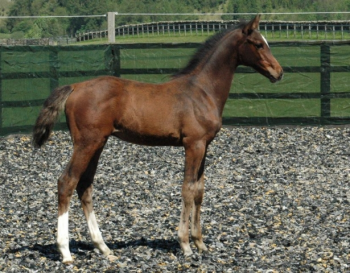