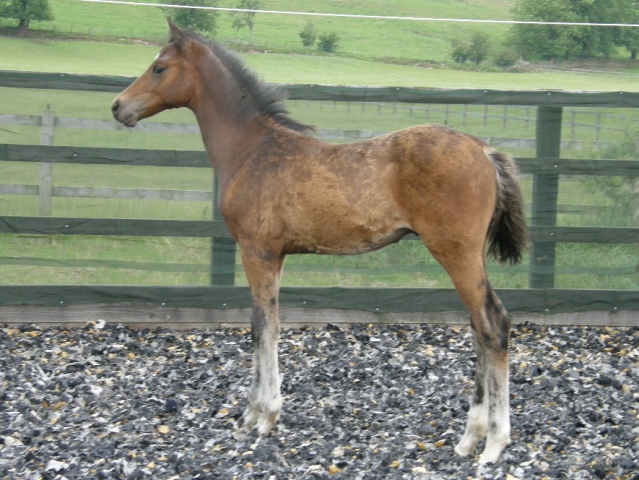 A pretty, tall bay colt who is already exceptionally athletic with superb paces. He has all the attributes of a super classy, modern type top class show jumper and competition horse.

SIRE:- Caretano Z 16.1 ? hh 167 cm BayHis sire Caretino (Caletto II)is considered one of the best sires in Holstein breeding. On his dam\\'s side Caretano Z carries the highly reputable Holstein lineage 104a. The following stallions are out of this valuable lineage: Capitano, Carneval, Corland, Celano, Leuthen I Z, Contendro and Action Hero. Caretano\\'s dam Bravo is also the dam of Contendro.Caretano Z belongs to the most promising sport horses of his generation with a lot of potential for the big sport. As a 7-yr-old Caretano Z won the prestigious WC for young horses in Lanaken. He then continued to make a magnificent début in the international showjumping sport at the World Cup finals in Gothenburg. In 2001, on the way to Rome, a fatal rupture of the loin brought the highly promising international career of Caretano Z to an end. Caretano Z offspring dominate in showjumping competitions and the prices paid for the coveted blood of Caretano Z are often very high

DAM:- Baloulou Oldenburg 2008 16.2hh 168cms (see broodmares)Baloulou is by the top producer Balou du Rouet who gained top marks of 9.5 and 10 for his jumping at his stallion performance test and then went on win the final qualification of the German Young Horse Championships with the top score of 9.2 His sire Baloubet du Rouet was the individual gold medalist at the 2004 Olympics in Athens and is three times world cup champion a row. On the dams side we find the increasingly popular Contender son ContinueHer dam Cantate is a State Premium broodmare who has produced 10 foals of which the oldest are now competing at 1.60m. Her sire Lincoln (by Landgraf) has been standing at stud in Denmark since 1989 and during that time has produced 5 graded sons. Lincoln is also the dam sire of Russell ridden by Nick Skelton. She is from the stamm 18A2 and this family has been responsible for no less than 50 approved stallions including Clinton, Chambertin and Leonardo1 & 11 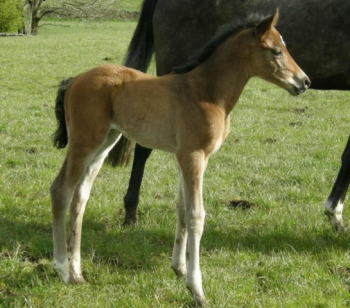 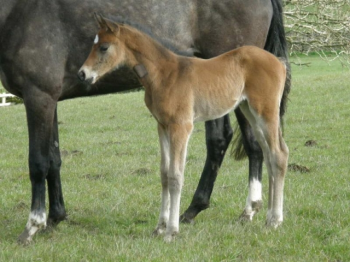 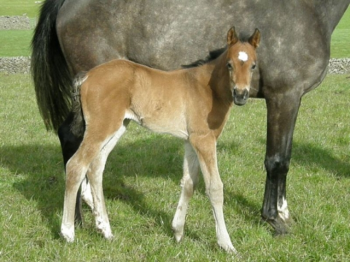 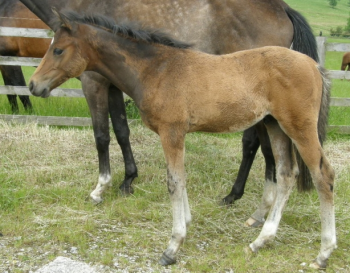 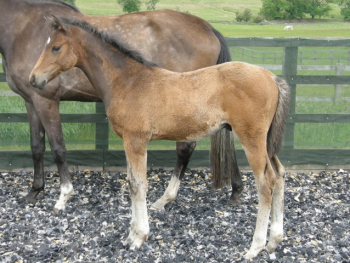 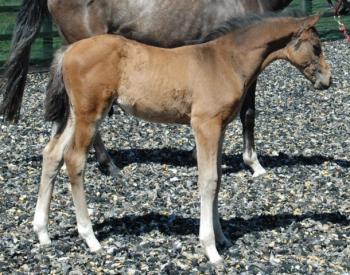