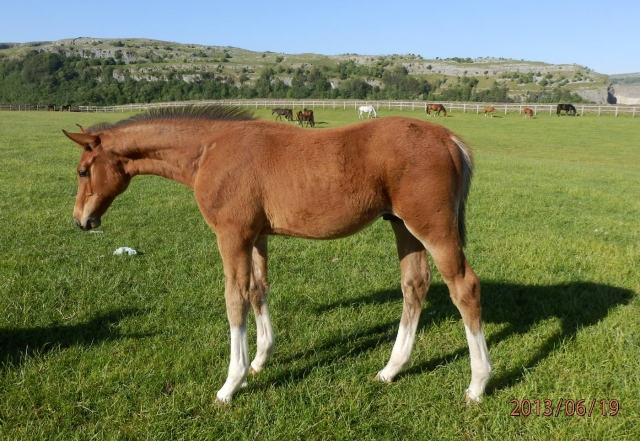 A stunning, leggy bay colt with very good paces and a lovely temperament with all the attributes of a modern type top class show jumper and competition horse.?This quality colt has a promising career ahead of him being from an excellent proven damline. He is an ET foal. SOLD

SIRE:- Cooper van de Heffinck 2004 bay 170cm
This gorgeous stallion is a coming shooting star. He is an athlete from top to bottom with excellent reflexes. He moves with a lot of coordination and he is gifted with outstanding movements. His sire Caretino is a star in Holstein blessed with an excellent reputation as a sire, because of the versatile talents he passes on, great jumpers and good movers. The off-spring of Caretino are real all-rounders. Cooper descends from the famous Holsteiner lineage 504 with int. showjumpers like Operette la Silla and Candy,?. The dam of Cooper vd Heffinck is sired by Landlord. In Germany he is, together with Landadel, one of the best sons of the legendary Landgraf I. Landlord brought the international jumper Lianos. He is one of the best partners of the star Rodrigo Pessoa at international GP-level. His mother is also the mother of the approved stallions: Quinault, Caesar vd Helle and Cezano. Cooper\\\\\\\'s foals are striking because of their elastic movements, their emanance and their great hind leg use. Cooper already has 3 approved stallion sons. Cooper was the winner of the BWP stallion championship Moorsele 2009. 4th place overall stallion competition 5-years old, 3rd place overall stallion competition 6-years old and 8th place Belgian championship 7-years old horses. In 2012 as an 8year old he was13th CSI*** Gent, 7th place CSI** Assen 1.40m, 2nd 1.40m CSI** Roosendaal, clear round 1.45m CSI****Stuttgart, clear round Sires of the world Mechelen

DAM:- Millfield Tina 17hh 174cm 2006 Oldenburg
Tina had a foal as 3 year old by Verdi who was sold to France and is being produced as a stallion. She was the winner of the 4 year old class at Addington and qualified for the 4 year old finals at Scope She was successful also as 5 year old and got through to the jump off at Scope. She had time off after that due to an injury and we decided to do ET during that time. An embryo was flushed but some months later she was found to be also carrying a foal. Tina?s sire Contender has more than 40 approved sons in Germany and is one of the most influential upgraders in German sporthorse breeding. He is one of the most versatile sires in Germany not only producing top show jumpers but also horses with excellent paces and his son Chicoletto has been very successful at 3 day eventing with Herbert Blocker. Show jumpers include Carlo ridden by Nick Skelton Concordia has successfully competed abroad with an amateur rider up to 1.50m level in show jumping. She has already produced 2 premiumed foals in Germany, several in the UK and her eldest are talented jumpers. She is from the stamm 1298 and this family has been responsible for no less than 27 approved sons including Lord, Emillion and Raimondo. Her Sire Carthago Z competed at the Olympic Games in 1996 and 2000 with Jos Lansik and was also a winner of numerous grand prix and nations cup. He is one of the most successful ever Capitol 1 sons and now has several approved sons himself from a very short breeding period due to being withdrawn in 2000 due to infertility. For this reason and the successes of his progeny make Carthago blood highly sought after 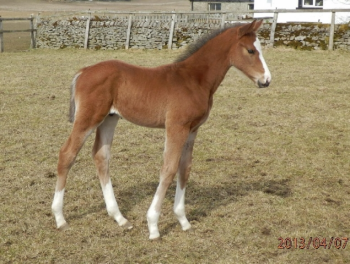 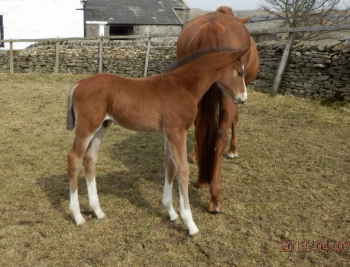 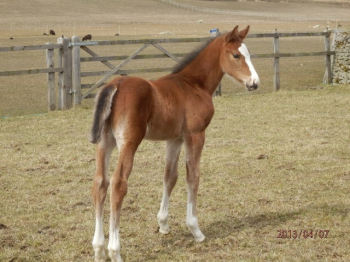 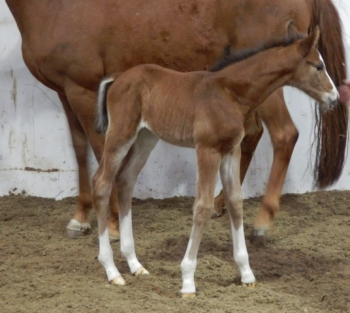 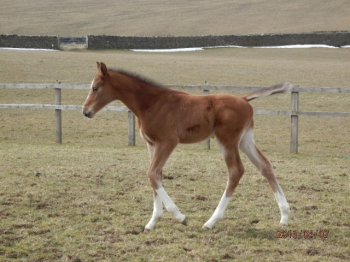