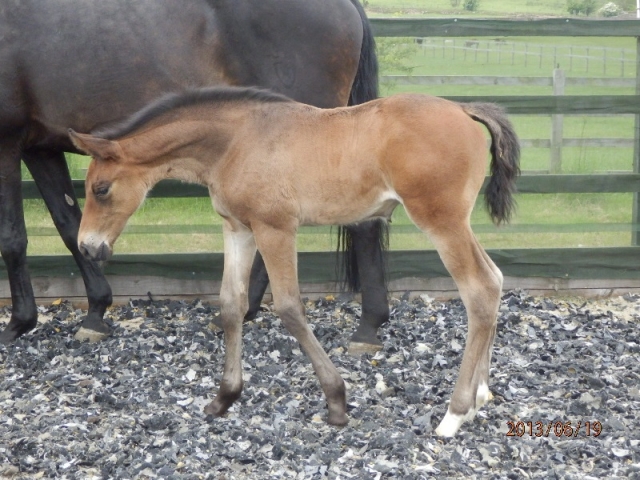 Pandora is a super filly by the Olympic athlete Plot Blue. She has a super temperament is very athletic, a superb pedigree and all the attributes of a top classshow jumper. We have high hopes of a great future for this filly in breeding and sportas she is from a proven dam and damline with Pretty Woman being the leading show jumping broodmare of all time with the BEF Futurity.

This foal has been selected for the Brightwells British bred foal sale held at the Young Horse Championships at Addington on the 16th August.

SIRE:- Plot Blue 16.2 hh 168 cm 1997 KWPN
After three days of world-class show jumping competition, top German riderMarcus Ehning captured the 32nd annual Rolex/FEI 2010 World Cup Final withhis KWPN-bred phenomenal jumper, Plot Blue. This fantastic pair then went onto great success in 2011 and 2012 winning CSI5* shows such as the 2012Gothenburg CSI5*-W resulting in their being named to the 2012 German Olympic show jumping team. In London, Plot Blue put in two clear rounds in theindividual jumping qualifier and round A, and ended up 12th overall.in 2013 atthe age of 16 he was the winner of the GCT in Cannes. Plot Blue boasts strong jumping genes. Bred by the Burgers family of Moergestel, Plot Blue is out of the valuable Pilot mare, Ilotte, who was renown asthe dam of the KWPN-approved stallion and Grand Prix level show jumperOklund (s. Holland). Ilotte also produced the national 1.40 meter show jumper,Nilotte (s. Holland). Plot Blue\\\\'s sire, Mr. Blue, competed in international show jumping under Bert Romp, Elise Haas, and Katie Monahan Prudent. Other Mr.Blue offspring include the itnernational show jumpers, Savanna B, Okometa,Parmala Douche, Santana B, Sunday B, and True Blue B just to name a few.

DAM:-Pretty Woman 16.3hh170cm 2006 Holstein Stamm 4294
Pretty Woman is an attractive mare with super conformation and excellent paces for which she was awarded 8\\\\'s for her trot and canter. She has produced 1 foal inGermany who is now a licensed stallion and then started her competitive career whereshe was showing great potential in young horse classes as a top class show jumper.Her sire Caretino was awarded 9 and 9.5 for his jumping ability at his stallion performance test and finished with 149 points. He was then very successful in thecompetion arena under Bo Kristoffersen with over 40 placings jumping nationally andinternationally and on Nations Cup teams. He was even more successful with Ludger Beerbaum until injury ended his career in 1994. He has over 20 approved sons andoffspring competing at the highest levels in dressage aswell as show jumping.TheGrand dam Warda, is by the famous Calypso 1 and she has produced two approvedsons Atlas Bavaria and Lanchello. 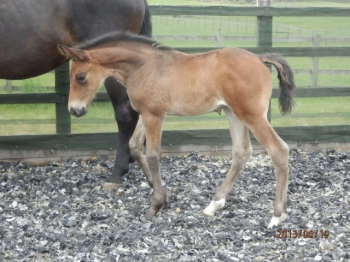 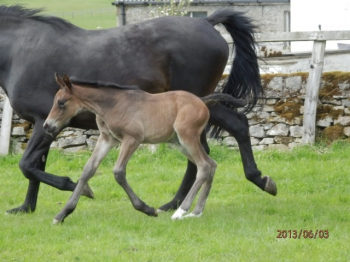 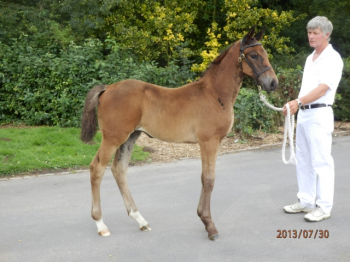 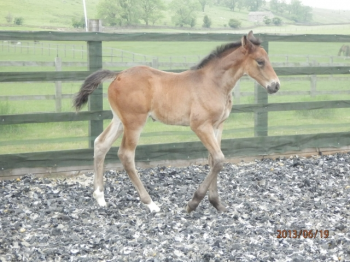 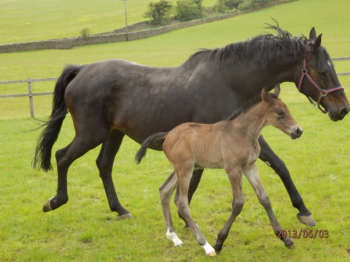 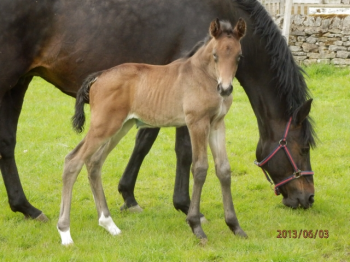