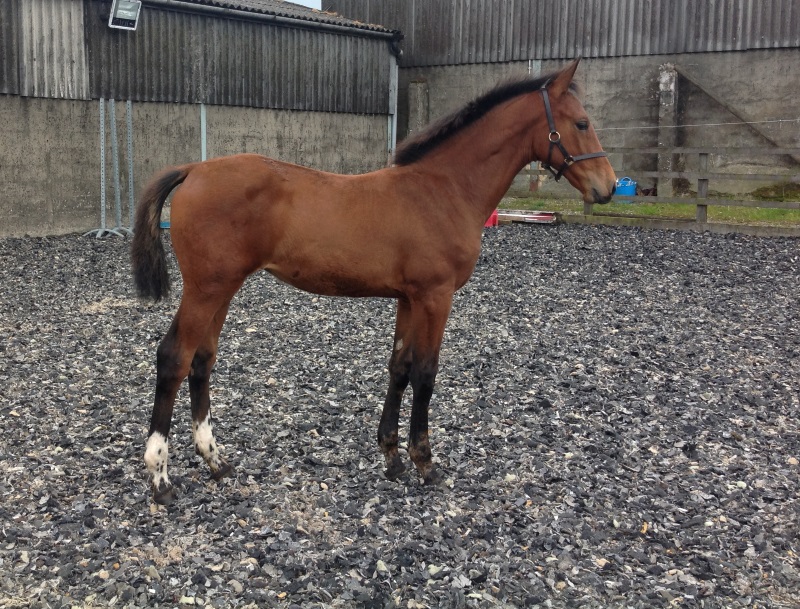 DOB 11/3/2014 Bay filly to make16.1 hh plus
Karmel is a super filly by the world ranking stallion Kannan. She has the pedigree and the attributes of a top class show jumper and potential broodmare due to her first class damline. She has the most fantastic laid back temperament. Her beautiful young dam pops the 4" 6" post and rails fences for fun and her grand dam has produced the very expensive licensed stallion Le Etoile Z.

Kannan KWPN1992 16.3 hh 17cm
Kannan\'s competition successes have included winning the Belgian Classic Circuit at the age of 6 in 1998, becoming 7 year old Belgian Champion in 1999. In 2000 he made his International debut by finishing 5th in a Grand Prix. In 2003 Kannan won the Deauville Grand Prix and In 2004 Kannan won at Paris Bercy and Jardy as well as many other competition successes. He was a regular member of the French team which won the Samsung Super League in 2003 & 2004. In 2005 he became French National Champion.

Like their father, his offspring exhibit style and balance at the jump, along with a good mouth and character

His most important products are Bridget, who recently won the bronze medal at the 2011 Pan-American Games, the sadly deceased A Pikachu de Muze, who won the six year old World Championships at Lanaken in 2006. The same horse was subsequently sold at the PSI auction for 570,000. In 2006 he also produced the American 6YO Champion Amis de Kannan.

Other than this, he has 217 products jumping at international level (2* and above). His production is still young, however he is proving very effective in the young horse classes. He has been either 1st or 2nd in the French sires list for four consecutive years.

Quitania Bay 2007 16.1 hh 166cm Oldenburg premium foal (see broodmares)
Quitania is by Colman who is known to produce very good jumpers and is a very promising young sire and has already produced more than a dozen licensed sons. He was placed first at the stallion performance test in jumping (he scored 123.7 points, at the 1999 stallion performance test in Marbach). Colman has won and had high placements in elementary and intermediate show jumper tests.

Colman\'s sire Carthago Z was under the auspices of the Holstein Association for a number of years, before going into the services of the Dutch Nations Cup riding team, where he has had one success after the other. The Dam-Sire Lord, the approval winner of his age-class, also covered in Wohrden for a few years, where Colman is currently stationed. Lord belongs to the siring legends of the Holstein breed and made breeding history throughout Europe.

The thoroughbred Marlon, who was characterized by a decidedly versatile heredity, appears in the third generation of the pedigree. His progeny were victorious in all types of disciplines on an international level. Quitana\'s stunning State Premium dam,Quibell is by the stallion Quattro B who is a son of the Selle Francais stallion Qredo de Paulstra, winner of the Grand Prix of Bordeaux. Qredo is sired by the legendary Galoubet, who twice won World Cup Qualifiers and produced international jumpers such as Quick Star. Quattro was 2nd in his Performance Test with a high score of 130 points and in 1994 he was Reserve Champion of the Oldenburg Krung, based on his performance test and his first offspring. Quattro jumped very well in 1996 with his rider Gilbert Beckmann and they won more than 20 1.30 courses through the summer. Meanwhile Quattro jumps on the international circuit successfully. His offspring show spectacular gaits and also are beautiful types and free jump very well.

Since 1997 Quattro has more than 10 approved sons and remarkably had two children qualified for the Olympics in Athens 2004; Quando Quando for dressage and Oliver Q for jumping! Quicksilber won the gold medal at Lanaken in 2005.Quitana\'s grand dam Jessica got the top prize at her mares performance test and was also awarded State Premium. She is by Accord 11who is by Ahorn of which five of his progeny qualified for the federal show jumping championship in Verden in 1992, with Acord II finishing as vice champion. Acord II convincingly won the stallion performance test in 1991 scoring 9.5 to 10.0 for show jumping and 9.0 to 9.67 for ride ability. He was also the most successful five-year-old stallion in Germany with a tally of 21 wins. He continued his sporting career winning grade-A show jumping competitions and achieving placements in advanced classes. He is one of the most sought after stallions of Europe, since he transmits attributes of nobility, ride ability and exceptional jumping values. 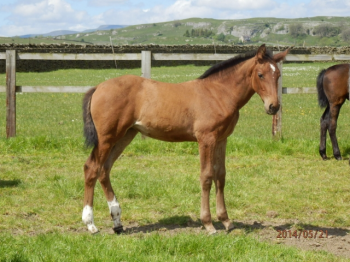 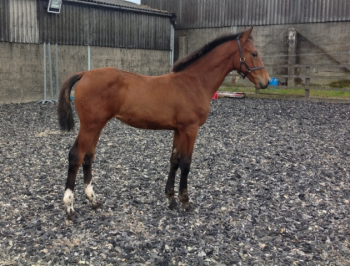 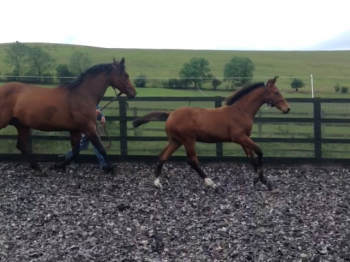 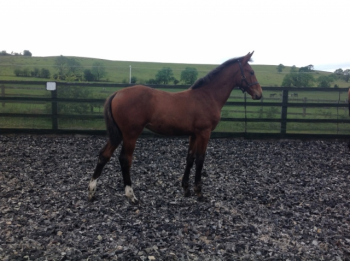