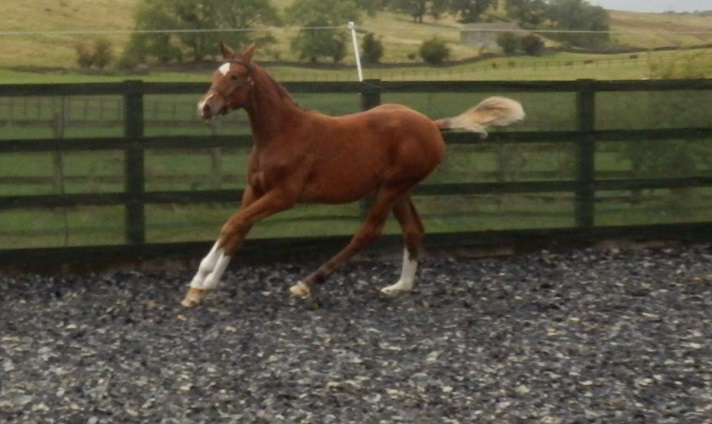 A lovely big filly with above average movement and a very convincing style over a fence.

Top competition prospect and only for sale to the right home

She was also placed 1st at the Rhineland mare show and 4th in the European mare show in Brussels. She has already produced a stallion son by Munchhausen. She has been on a dressage yard /stud in Germany after being purchased for a large sum of money as a 3 year old. She was imported in 2005 and put back into work and has been competing at show jumping, up to Foxhunter level. She has produced a very flashy colt born 22.3.2007 called Millfield Long Socks by our own stallion Lord Luis. He is now successfully competing at 1.30.

Ferragamo is by Freigraf who is by the legendary Furioso 11. Freigraf was campaigned very successfully by the Paul Schockemohle stables becoming the national vice-champion show jumper in 1992 at Verden. Ferragamo\\\\\\\\\\\\\\'s dam Elona competed at eventing with outstanding success. Ferragamo was vice-champion at his approval and runner up at his performance test gaining a score of 10 for rideability. He then went on to produce 12 approved sons from his first batches of foals and his son Falcone was sold for a record 280,000 DM at the Elite auction.
Fair Play\\\\\\\\\\\\\\'s dam is by Damenstolz who was a highly modern and very handsome stallion who goes back to Duellant via Duft 1 who revolutionized the dressage sport. Damhirsch who was trained up to Grand Prix level also had a fruitful siring career in Westfalia for a long time. Her grand dam was a State Premium mare by Fruhlingstraum 11 who was an approvals winner and procreator of dressage horses and show jumpers of the finest quality and produced many approved stallions and numerous performance horses, the most famous of all being Fire 2, the 1982 World Championship show jumper. First Lady also produced the Westfalen stallion show jumping stallion Polytraum and also Remondo, Paulaner and then the successful show jumper Panther 106. 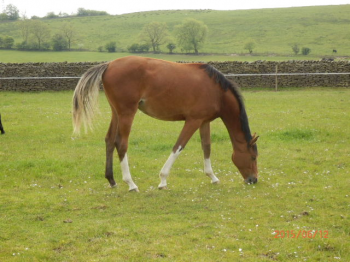 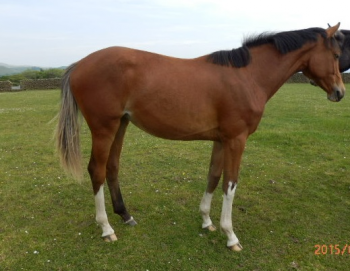 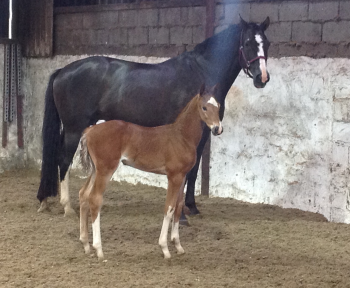 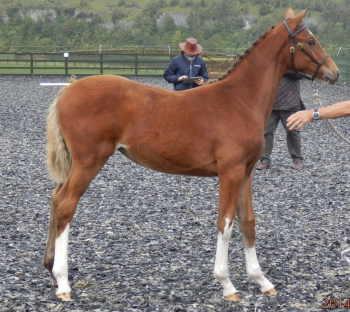