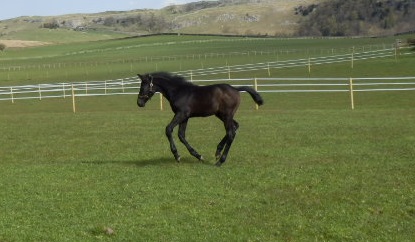 Collini is the real deal, he has it all! Charisma, class and quality.

Coronet Obolensky is one of the hottest up and coming young stallions in the world. At only 7 years old he had already reached international competition. The highly elastic paces and superb uphill canter are well combined with jumping qualities that are hard to equal in respect to capacity, leg technique and manner of jumping. His sire Clinton, son of the international icon Corrado I (Franke Sloothaak), himself a highly successful international show jumper, not only combines the premium national stallions Cor de la Bryre, Landgraf I and Capitol in his pedigree but furthermore derives from Holstein bloodline 8829. The damsire, Heartbreaker, who was victorious in World Cup events, is a son of the probably most prominent Dutch sire of show jumpers of the past 20 years, namely, Nimmerdor. The grandam, a successful advanced class show jumper, produced the victorious international competition sports horse Querido (by Feinschnitt I). Cornet Obolensky was declared vice-champion and the darling of the public at the main Northrhine Westphalian approval of 2001. He absolved an exceedingly good 30 day test with an overall score of 8.33, leading the field in show jumping with the score of 9.24. He was moreover awarded the top score of 10 for loose jumping. He was presented successfully in show jumper competitions beginning in 2003, under Ludger Beerbaum and Marco Kutscher. Under Marco Kutscher, Cornet Obolensky effortlessly qualified for the Bundeschampionat as a five year old, and after a year of only breeding when he was six, he took front places in the international Youngster Tour in Arezzo/ITA, Lyon/FRA, Aselage-Gut Einhaus and Hachenburg when he was seven. At the beginning of 2007 he was successful in competitions in Mechelen/BEL and Munster. Cornet Obolensky is described by his team as friendly, unflappable and uncomplicated in daily handling. Cornet Obolensky was the sire of the champion colt at the 2004 German Foal Championships in Lienen. In 2006 a Cornet Obolensky son won silver in the For Pleasure ring with the best jumper foals in Lienen and a daughter became the 2nd Reserve Champion among the fillies. He now has several approved sons such as Corlensky G, Cornado NRW, Cristallo & Cornets Stern.

Pretty Woman is an attractive mare with super conformation and excellent paces for which she was awarded 8\\\'s for her trot and canter. She has produced 1 foal in Germany and then started her competitive career where she was showing great potential in young horse classes as a top class show jumper. Her sire Caretino was awarded 9 and 9.5 for his jumping ability at his stallion performance test and finished with 149 points. He was then very successful in the competion arena under Bo Kristoffersen with over 40 placings jumping nationally and internationally and on Nations Cup teams. He was even more successful with Ludger Beerbaum until injury ended his career in 1994. He has over 20 approved sons and offspring competing at the highest levels in dressage aswell as show jumping.The Grand dam Warda, is by the famous Calypso 1 and she has produced two approved sons Atlas Bavaria and Lanchello.

Her stallion son was approved and is the full brother to Millfield Cassandra. Pretty Woman descends form one of the top ten mare lines in Holstein and has consistantly produced Elite/Premium foals and is the current leading show jumping broodmare with the BEF Futurity. 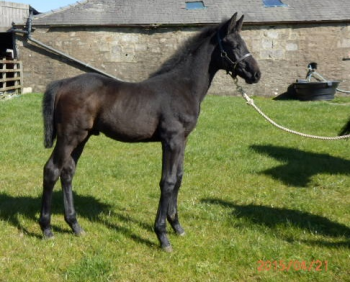 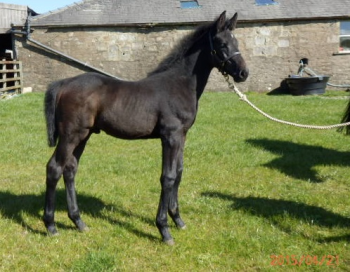 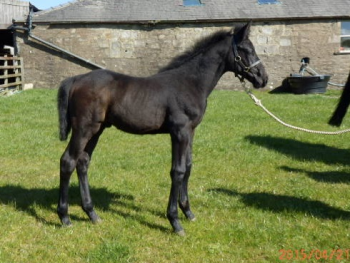 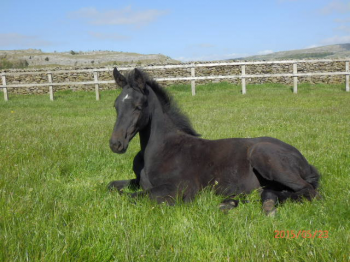