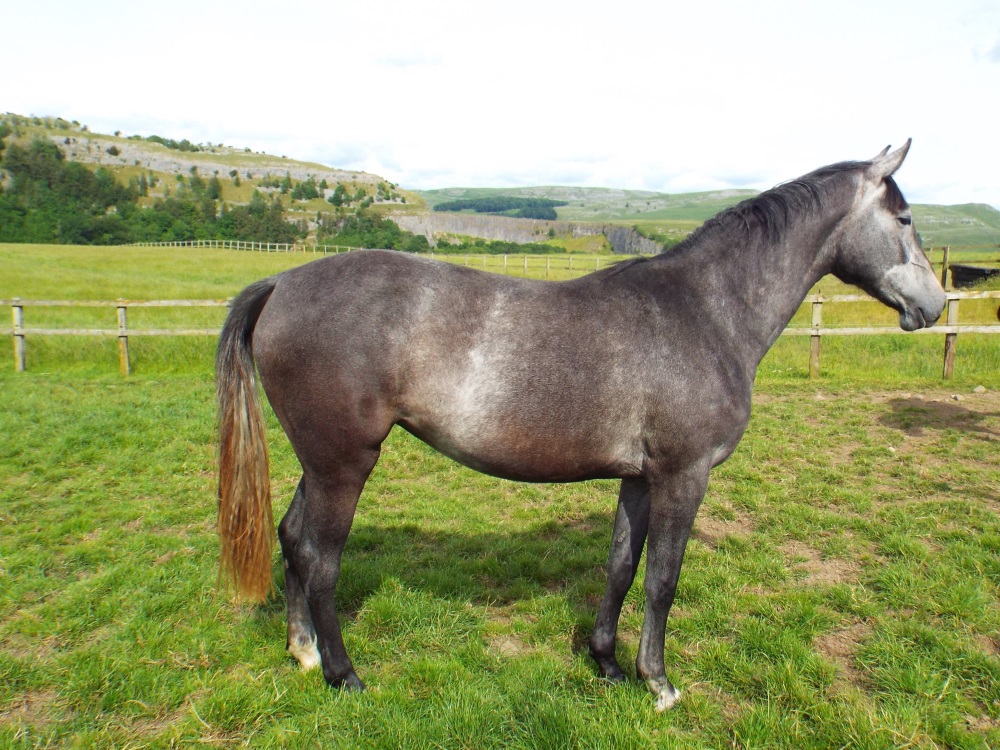 This filly is full sister to our super stallion Quinlan Z. who is now competing very succesfully at eventing with Emily King.

She has the same outstanding paces and modern quality that he has.

She will no doubt make a top class sports horse in the future.


SOLD
For sale to a serious competition home only.

Quinar is the Sire of 5 world champion jumping horses. He is the sire of Quick Nick, who sold for 400,000 EU's at the Holsteiner annual auction and also the approved stallions Quality, Quadrigo and Quintender. Quinthago, 5year old daughter of Quinar, WON THE FEI WORLD championships for young horses in Europe in Sept. 09 in a jump off - out of l30 in the class. 2 other Quinars\\\\\\' came in llth and l7th.

Quinar himself finished his stallion performance test with the top index of 142.03 points in jumping and was soon successful in advanced S level international show jumping competitions under Jos Lansink. After initially breeding in Holstein, he then briefly bred at Zangersheide stud in Belgium, but soon returned to Holstein. At least nine of his sons have been licensed so far. Quinar has excellent conformation, type and motion and tremendous scope. His bonits are 9988679. Quinar has two crosses to the great Alme\\\\\\', through the sire Jalisco B on the paternal side and Aloube Z on the maternal side. The stamm of Quinar is 1020, also the stamm of Carthago.

Quinar's sire, Quidam de Revel, took team bronze and fourth place individually at the 1992 Olympic Games in Barcelona. As of 1993 he was ridden by the Danish rider, Thomas Velin, and the pair won the Grand Prix of Hanover and Arhus/DEN, and also set stardards in breeding. Ten Quidam de Revel offspring participated in the 2002 World Championships in Jerez, Spain, including the later team gold winning, Dollar de la Pierrre.

Versace is by Contender who has more than 40 approved sons in Germany and is one of the most influential upgraders in German sporthorse breeding. He is one of the most versatile sires in Germany not only producing top show jumpers such as Nick Skelton\\\\\\'s Carlo and Contendro but also horses with excellent paces and his son Chicoletto has been very successful at 3 day eventing with Herbert Blocker.

Cantate is a State Premium broodmare who has produced 9 foals of which the oldest are now competing at 1.60m. Her sire Lincoln (by Landgraf) has been standing at stud in Denmark since 1989 and during that time has produced 5 graded sons. Lincoln is also the dam sire of Russell ridden by Nick Skelton. 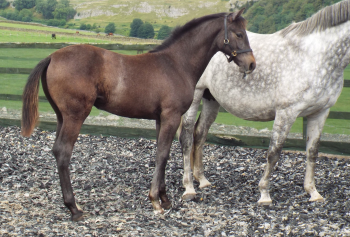 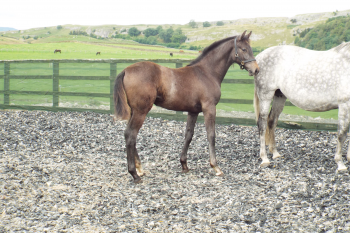 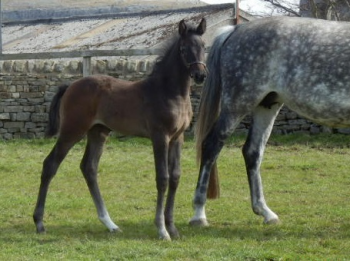 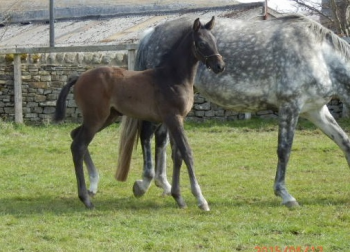 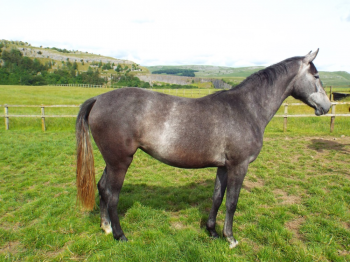