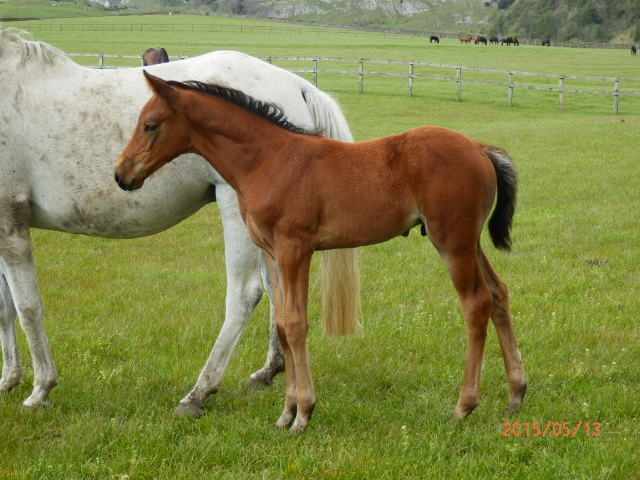 A very long legged, modern colt by the superb Vigo

This colt is already athletic and is definitely a top class prospect for the biggest tracks.

Vigo d’arsouilles is a son of Nabab de Rêve and out of Fleury du Manoir. World Champion showjumper himself by one of the world’s best stallions, Vigo d’Arsouilles is one of the new rising stars of European breeding. He produces new international winners every year, amongst them : Ego Van Orti, Dixson, Donatella-N, Sterrehof’s Ushi, Super Trooper de Ness..

In 2010, Vigo d’Arsouilles won the gold medal at the World Equestrian Games in Kentucky, under his regular riderPhilippe Lejeune and made a significant contribution to the surprise team bronze medal victory. Incidentally, one of Lejeune’s past international show jumpers was Vigo d’Arsouilles’ sire Nabab de Rêve. A well-developed horse out of a strong dam-line, Vigo d’Arsouilles is SBS-approved and KWPN-recognized. His son Bernini was approved by the KWPN with very high scores in the jumping components of the performance test.

Vigo d’Arsouilles and Lejeune were regulars on the Belgian show jumping team, and they have placed high in various Grand Prix and Nations Cup competitions. Furthermore, the talented jumper was crowned Belgium’s Horse of the Year in 2008. In 2010, he was awarded the title again; and in 2011, he was declared BWP Ambassador.

Chi Chi is a very pretty mare with an excellent technique over a fence. She showed huge promise in competition when a freak accident ended her career. She is from the stamm 1333 and this family has been responsible for many approved stallions .Her mother, Mandra is the full sister of the international successful Contender son Connie with Armin Schafer Junior.
Her sire, the recently deceased but very successful Clearway, includes two pillars of Holstein horse breeding in direct combination, via Capitol I and Lord. His sire Capitol I always enjoyed great confidence and popularity among the breeding fraternity, siring outstanding show jumpers such as Carthago, Calato, Cassini 1 & 11, and others. The dam, Wodka II was mated with Athlet Z and gave birth to the approved Arturo and together with Caretino, produced the stallion performance test winner Conway. The dam-sire Lord won his approval and became a hereditary transmitter of extra-ordinary diversity, whose progeny had successes around the globe. Ramiro in the third generation was a sire of the century.
Chi Chi\'s dam Mandra is by Contender. Contenders sire Calypso II was one of the most significant sires of Germany. His progeny are characterised by good jumping ability and excellent ride ability. He left outstanding sires and performance horses of international format in Holstein and Hanover. Contender won the 1987 Adelheidsdorf stallion performance test. He was declared I-b main premium vice-champion in Oldenburg as a result of his excellent performance 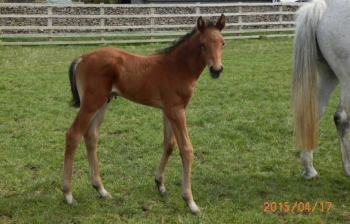 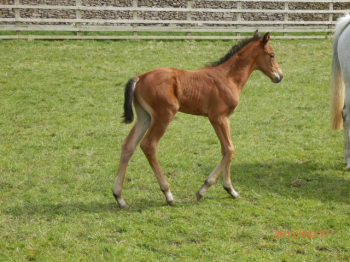 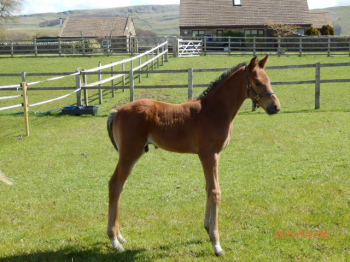 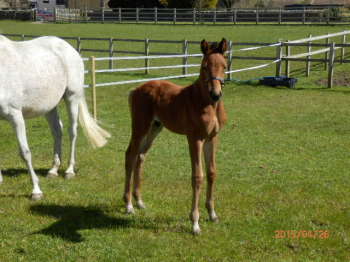 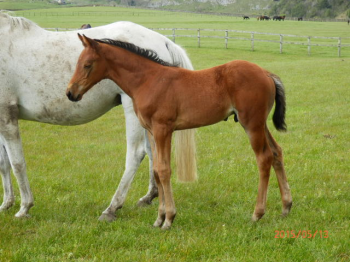