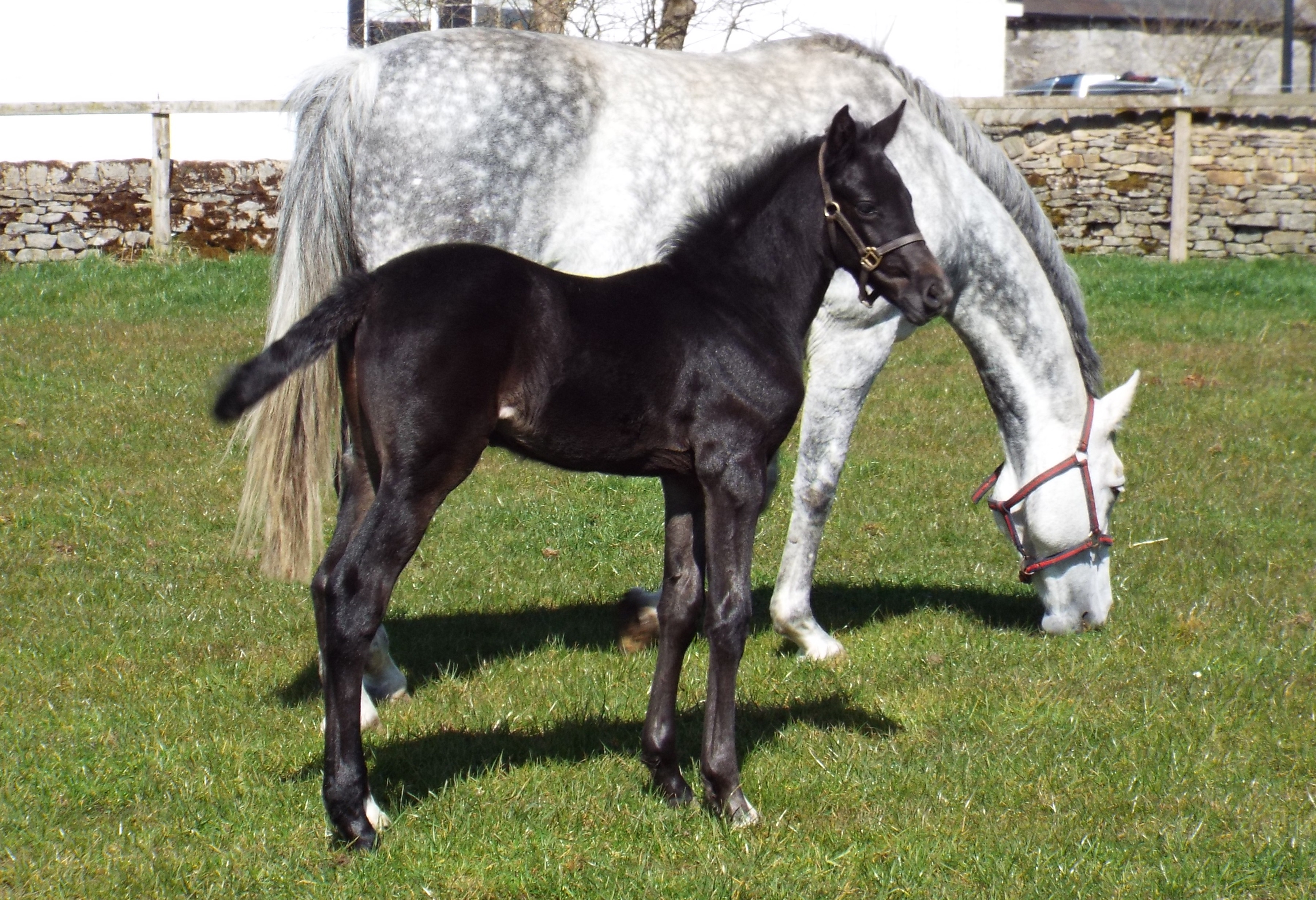 Absolutely stunning colt by the super stallion Clintissimo.His dam is already mother to the licensed stallion Quinlan Z and the sports horse Diamant Aredis Z. Super paces and sure to make an outstanding competition prospect with stallion potential

Although his eldest offspring are only 6-yr-olds, Clintissimo already has three licensed sons in Clintrexo Z, Calais Z and Captain van Overis Z and his products shine in Youngster classes, such as in Spain, Portugal, Lanaken and Lummen. At the last WC in Lanaken Clintissimo Z was the best represented sire in the finals of the 5-yr-olds! Clintissimo’s sire Clinton I was a GP winner himself and is closely related to Levisto Z and Zandor Z. Carolus, Capitol I and the Calypso I and II brothers provide an interesting dash of in-breeding. Lineage 2666 also produced the international showjumping horses Holiday by Solitour (J.F. Meyer), Graciella (P. Schwizer), Cantaro (S. von Rönne), Calero (F. Sloothaak), Joy (P. Wylde) and Rina (by Candillo Z).

A very beautiful grey mare with outstanding paces and an excellent temperament.Kept by the stud as a broodmare due to her superb pedigree and damline. Her offspring are already showing the attributes of a top class sports horses.

She had a colt foal in 2009 by Diamant de Semilly for another breeder called Diamant Aredis Z who is currently  successful in sport.

She had a beautiful premium filly foal by the outstanding stallion Cornet Obolensky in April 2010 called Millfield Cortney who was sold at the British bred foal sale at Addington in August 2010.

She has a superb colt by Quinar Z in April 2011 called Quinlan Z who scored an Elite at the BEF futurity as a foal and is now licensed with the AES.

She has had a fantastic colt, Millfield Moritz, by the outstanding international show jumper My Lord Carthago born in April 2012 who is now a stallion prospect.

She is by the world famous,Contender who has more than 40 approved sons in Germany and is one of the most influential upgraders in German sporthorse breeding. He is one of the most versatile sires in Germany not only producing top show jumpers but also horses with excellent paces and his son Chicoletto has been very successful at 3 day eventing with Herbert Blocker.

The grand dam, Cantate is a State Premium broodmare who has produced 9 foals of which the oldest are now competing at 1.60m. Her sire Lincoln (by Landgraf) has been standing at stud in Denmark since 1989 and during that time has produced 5 graded sons. Lincoln is also the dam sire of Russell ridden by Nick Skelton. 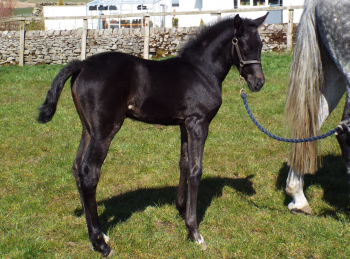