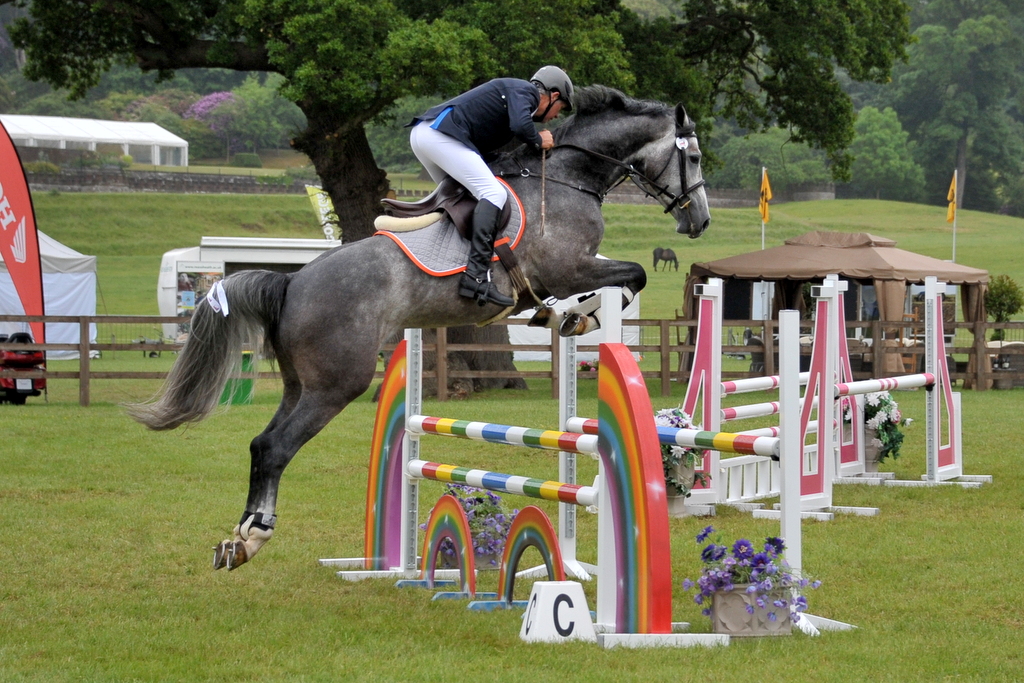 A beautiful tall, leggy and very correct grey stallion with superb bloodlines for top class show jumping. He has an outstanding temperament with a good attitude and is light and modern in type with enough blood for eventers. His breeding is the proven combination of Quinar/Contender such as Paul Schockemohle\'s Quintender.

As a foal he received an Elite premium with an overall score of 9.04 at the BEF Futurity. He has been licensed with the AES as a stallion in November 2013. He attended the Futurity again as a 3 year old in 2014 and was praised for his type and was again awarded an Elite score of 9.00.

He is maturing into a quality modern horse with excellent paces, looks and excellent technique and attitude. He was backed this spring and has proved bold, sensible and easy to ride. He has attended Northcotes young horse show in June qualifying for the final of the 4 year olds and finishing joint 3rd. He also competed at Bolesworth International and behaved impeccably and jumped very well.

His first foals are super correct types with above average movement.

He has now been sold to an outstanding competition home

Quinar Z 16.2hh 167cm 1995
Quinar is the Sire of 5 world champion jumping horses. He is the sire of Quick Nick, who sold for 400,000 EU\'s at the Holsteiner annual auction and also the approved stallions Quality, Quadrigo and Quintender. Quinthago, 5year old daughter of Quinar, WON THE FEI WORLD championships for young horses in Europe in Sept. 09 in a jump off - out of l30 in the class. 2 other Quinars\' came in llth and l7th.

Versace 16.1 hh 165cm 2005 Holstein(see broodmares for full details)
Versace is by Contender who has more than 40 approved sons in Germany and is one of the most influential upgraders in German sporthorse breeding. He is one of the most versatile sires in Germany not only producing top show jumpers such as Nick Skelton\'s Carlo and Contendro but also horses with excellent paces and his son Chicoletto has been very successful at 3 day eventing with Herbert Blocker.

Cantate is a State Premium broodmare who has produced 9 foals of which the oldest are now competing at 1.60m. Her sire Lincoln (by Landgraf) has been standing at stud in Denmark since 1989 and during that time has produced 5 graded sons. Lincoln is also the dam sire of Russell ridden by Nick Skelton. 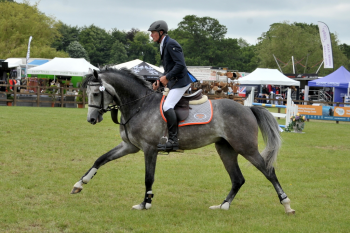 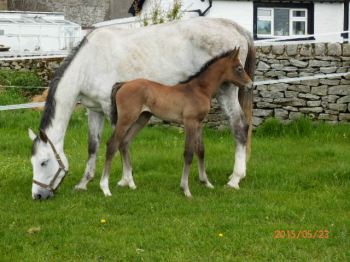 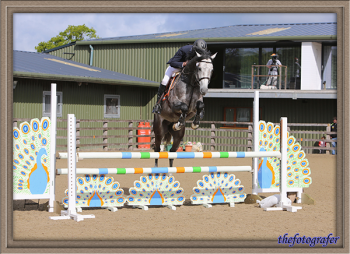 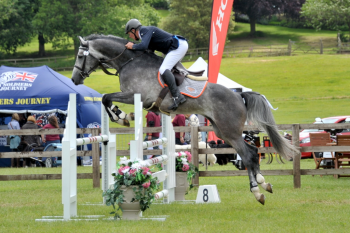 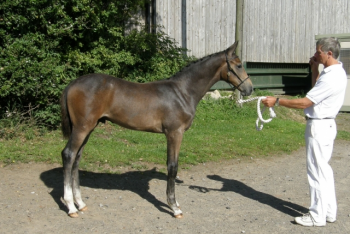 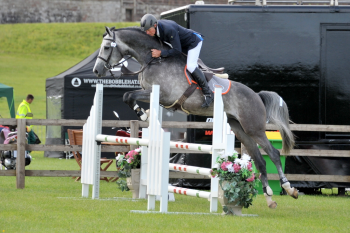 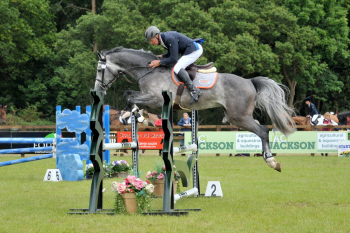 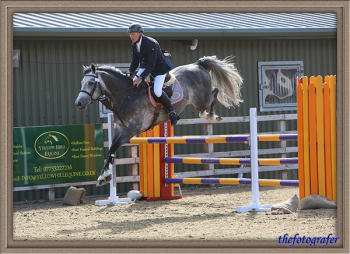 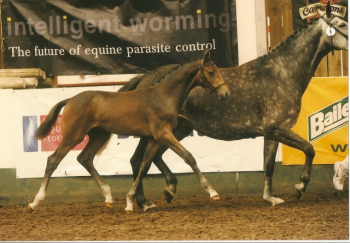 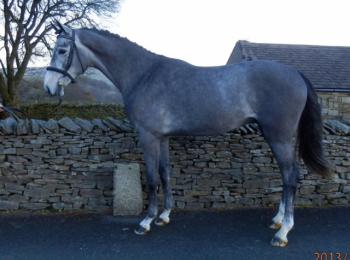 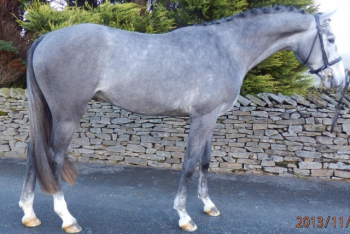 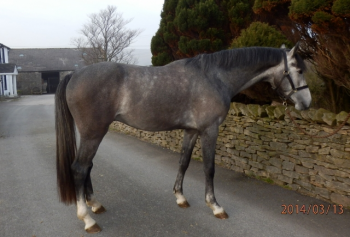 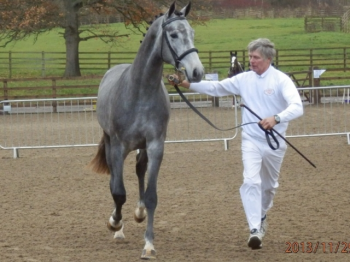 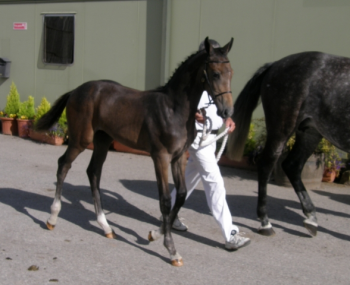 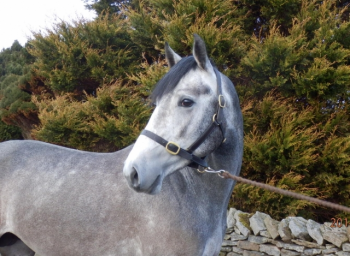 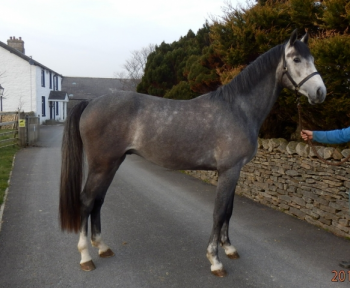 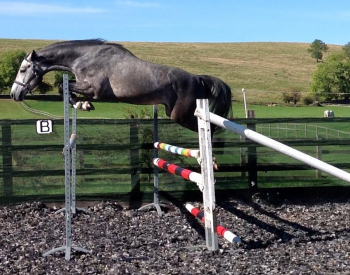 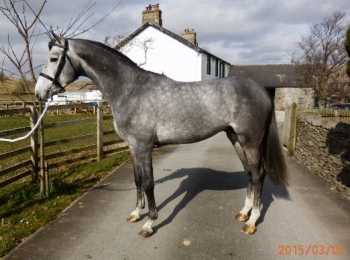 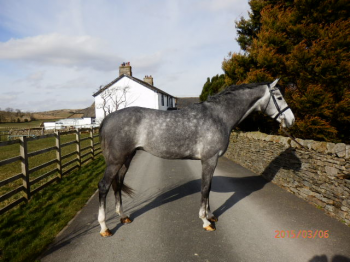 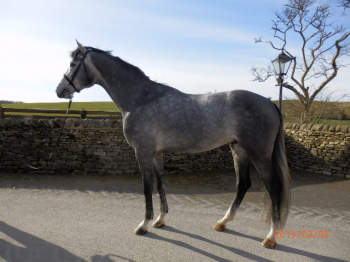