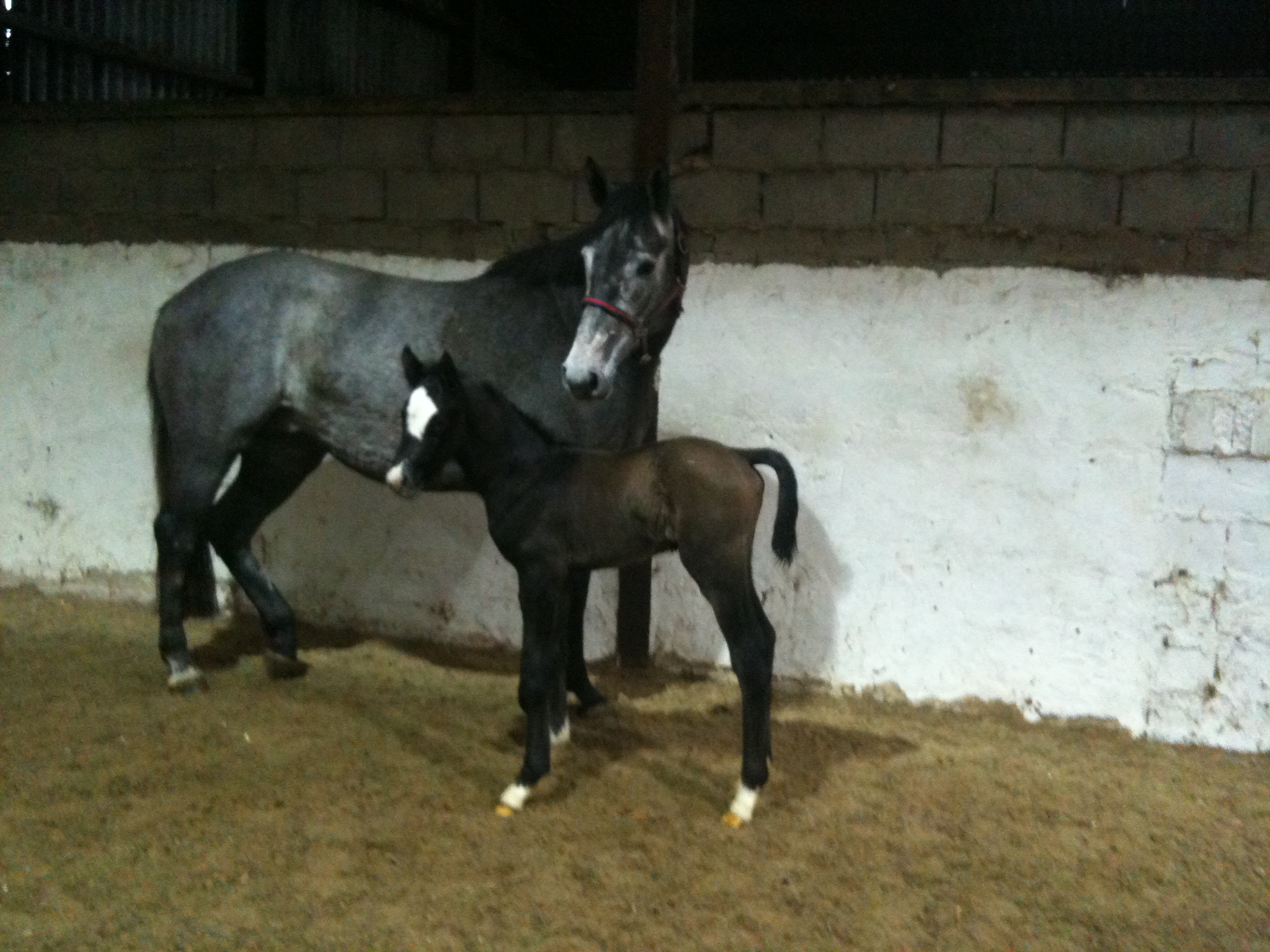 A very striking, dark grey colt with superb bloodlines for top class show jumping. He has a serious pedigree being from one of our best mares and certainly has stallion potential stamped all over him.?He already has a bold outlook and is light and modern in type.

His sire, the International showjumping stallion Cornet Obolensky had more offspring qualify for the Bundeschampionat in 2009 than any other stallion. Serious enquiries only. He has been selected for the Brightwells Star of the Future, British bred foal sale at Addington in August. Sold at the British Bred Foal Sale at Addington

Sire:SIRE:- Cornet Obolensky 16.3hh 171cm 1999
Coronet Obolensky is one of the hottest up and coming young stallions in the world. At only 7 years old he had already reached international competition. The highly elastic paces and superb uphill canter are well combined with jumping qualities that are hard to equal in respect to capacity, leg technique and manner of jumping. His sire Clinton, son of the international icon Corrado I (Franke Sloothaak), himself a highly successful international show jumper, not only combines the premium national stallions Cor de la Bry?re, Landgraf I and Capitol in his pedigree but furthermore derives from Holstein bloodline 8829. The damsire, Heartbreaker, who was victorious in World Cup events, is a son of the probably most prominent Dutch sire of show jumpers of the past 20 years, namely, Nimmerdor. The grandam, a successful advanced class show jumper, produced the victorious international competition sports horse Querido (by Feinschnitt I). Cornet Obolensky was declared vice-champion and the darling of the public at the main Northrhine Westphalian approval of 2001. He absolved an exceedingly good 30 day test with an overall score of 8.33,? leading the field in show jumping with the score of 9.24. He was moreover awarded the top score of 10 for loose jumping. He was presented successfully in show jumper competitions beginning in 2003, under Ludger Beerbaum and Marco Kutscher. Under Marco Kutscher, Cornet Obolensky effortlessly qualified for the Bundeschampionat as a five year old, and after a year of only breeding when he was six, he took front places in the international Youngster Tour in Arezzo/ITA, Lyon/FRA, Aselage-Gut Einhaus and Hachenburg when he was seven. At the beginning of 2007 he was successful in competitions in Mechelen/BEL and Münster. Cornet Obolensky is described by his team as friendly, unflappable and uncomplicated in daily handling. Cornet Obolensky was the sire of the champion colt at the 2004 German Foal Championships in Lienen. In 2006 a Cornet Obolensky son won silver in the For Pleasure ring with the best jumper foals in Lienen and a daughter became the 2nd Reserve Champion among the fillies. He now has several approved sons such as Corlensky G & Cornets Stern.

DAM:- Coco 16.3 hh 170 cm 2007 Holstein stamm 741 (see broodmares)Contender has more than 40 approved sons in Germany and is one of the most influential upgraders in German sporthorse breeding. He is one of the most versatile sires in Germany not only producing top show jumpers but also horses with excellent paces and his son Chicoletto has been very successful at 3 day eventing with Herbert Blocker. Coco\'s dam is St Pr Fortuna by Capitol 1? who is considered one of Holstein\'s foundation sires and has a considerable top class stallion sons such as Cassini 1 & 11, Carthago Z and Calato and also has numerous offspring competing at the highest levels in show jumping. Fortuna\'s dam was by Sacramento Song, one of the most important thoroughbred upgraders in German breeding who also produced the great Sandro. Gunhild produced the Verband stallion Lord Mayor and Fortuna\'s full sister produced the stallion Carino Sun. San Siro the full brother to Fortuna\'s dam jumped Internationaly. She is from Stamm741 which has produced stallions such as Randi,Cardento and Cardenio. 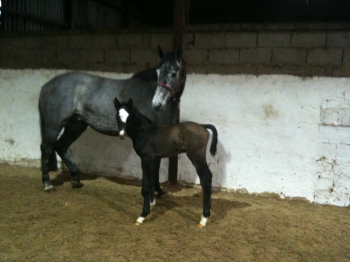