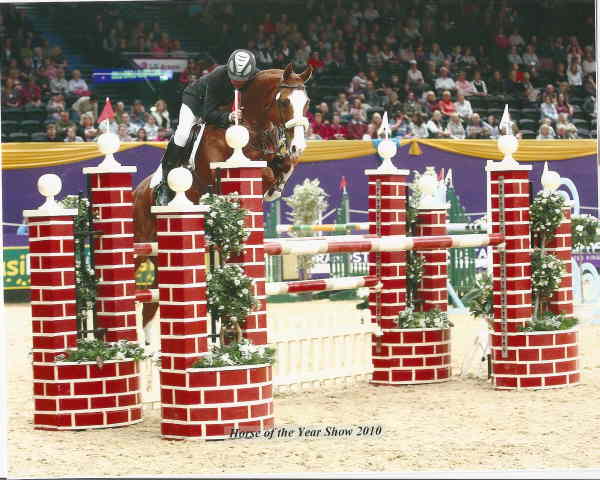 He was sold to Nina Barbour from Harthill Stud in 2011 where he has continued his successful career with Geoff Billington and Nina. He was sadly lost to colic in 2013 but is still available by frozen semen for mares visiting Harthill or Millfield Stud.

He has a wonderful temperament with an excellent attitude to work, fantastic paces and a huge scopey jump showing a classic technique. He has an excellent pedigree for producing top class modern type sports horses and show jumpers. Luis sire, Laptop was placed first at his stallion performance test by some considerable lead gaining a score of the perfect 10 for his excellent canter. He was 2nd in his group for dressage with a score 139.88 points and 3rd in his group for jumping with a score of 130.75 points. He then went on to be a series winner of show jumping trials at elementary and intermediate level. He has already produced 6 approved sons and has several horses competing at the highest level in show jumping and dressage. Luis full sister was awarded State Premium status and his grand dam St Pr Atlanta gained 9\'s in her jumping at her mare performance test. Also on the dams side there are great names such as Espri, Alme and Don Carlos all producers of top class sports horses. During 2006 Luis was reserve champion at the Scottish Sports Horse National Loose jumping championships at Dabbs EC. He was given the highest marks overall by the visiting Swiss judge. During Spring 2007 Luis attended his first ridden show at the Sports Horse Breeding North West Spring Breeders Show at Myerscough where he won the 4 year old Sports horse class and went on to be Reserve Champion overall. After the covering season he then went on to compete at a few BSJA shows where is was placed every time out proving easy to ride and careful. He was produced slowly for age classes during 2008 qualifying for the 5 year old final at Southview. He qualified for the Blue Chip Power and the Newcomer second rounds for 2009. In 2009 Luis has continued with some excellent results worked in and around the stud season.?He has qualified for the Newcomer and Foxhunter second rounds for 2010 being consistently placed and several wins at Foxhunter level. He has competed well at some of the Premier shows during this winter and then qualified for both the Grade C final and the 7/8 year (1.35/1.40) old final at the Welsh Masters this spring. In 2010 he has competed well at some of the Premier shows during the winter and then qualified for both the Grade C final and the 7/8 year (1.35/1.40) old final at the Welsh Masters in spring. He went on to narrowly miss out on qualifying for the Newcomer Final at Rowallan finishing 3rd but then qualified at Scope for the final at HOYS. He also qualified for the 1.20 Blue Riband and B&C for Scope where he reached the final for the B&C, jumping clear and finishing just out of the prizes. He had an unfortunate fence down at HOYS but is now competing consistently at 1.30 winning and being placed and jumped double clear in the Winter B&C (1.35) at Aintree Premier Show. He has also been selected for the BS World class equine pathway for 2011. Luis\'s foals are superb types with excellent conformation, movement and temperament with our own foal Millfield Long Socks being awarded a First Premium in both the Dressage section and Show Jumping section at the BEF Futurity Evaluations. A few of Luis\' foals: 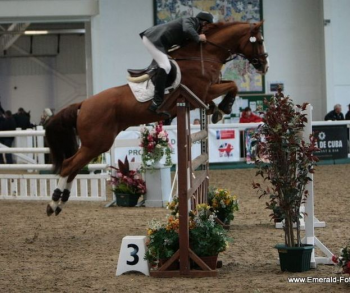 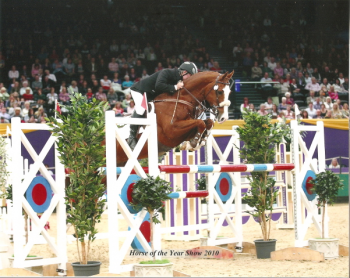