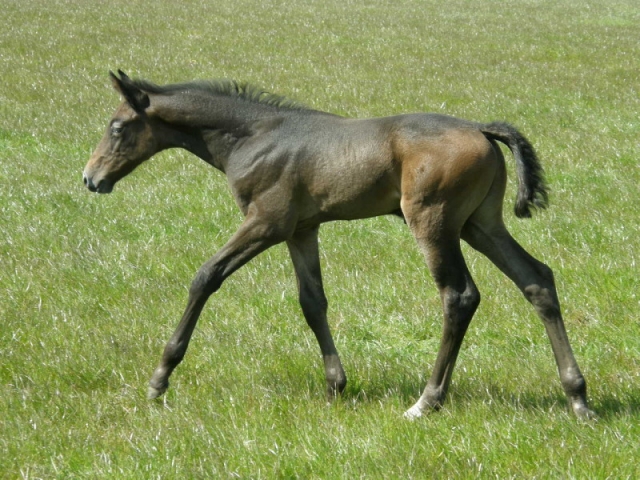 A very tall and beautifully correct, grey colt with superb bloodlines for top class show jumping. He already has an outstanding temperament and is light and modern in type. He is one of handful to be found in the UK by the outstanding Mylord Carthago. A stallion prospect from a great motherline.

SIRE:- Mylord Carthago 16.3hh 171cm 2000
Today he is among the best sport horses on the planet, Mylord has all the potential for one day to be among the best horses of the world with his rider, Penelope Leprevost: His sire Carthago has for many years performed at top level and has produced countless international show jumpers. But also the mother line is very performance-oriented. Both the dam and the grand dam have jumped internationally. From this powerful dam-line comes a further 20 successful jumpers eg. Morgat, Triomphe de Muze, Jolly Orangede, Vodka and Muse Manciaise Mifrane Mome. Mylord Carthago was a four-, five-and six-year-old finalist in Fontainebleau and qualified for the seven year old World Championships in Lanaken. In 2008 he began a brilliant international jumping career winning the Grand-Prix of La Courneuve, Saint ? Lo and Chantilly and numerous other major international competitions.

DAM:- Versace 16.1 hh 165cm 2005 Holstein (see broodmares)
Contender has more than 40 approved sons in Germany and is one of the most influential upgraders in German sporthorse breeding. He is one of the most versatile sires in Germany not only producing top show jumpers but also horses with excellent paces and his son Chicoletto has been very successful at 3 day eventing with Herbert Blocker. Cantate is a State Premium broodmare who has produced 9 foals of which the oldest are now competing at 1.60m. Her sire Lincoln (by Landgraf) has been standing at stud in Denmark since 1989 and during that time has produced 5 graded sons. Lincoln is also the dam sire of Russell ridden by Nick Skelton. 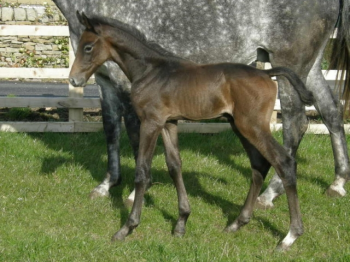 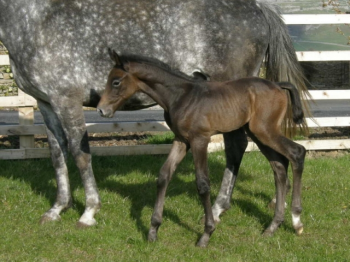 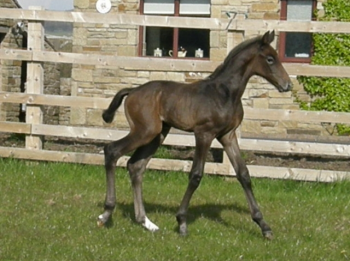 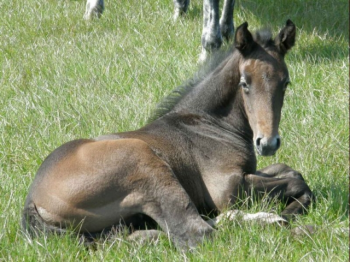 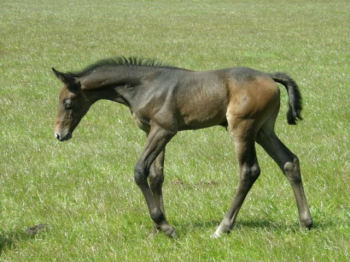 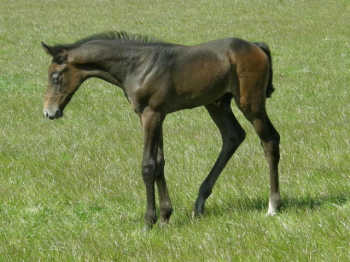 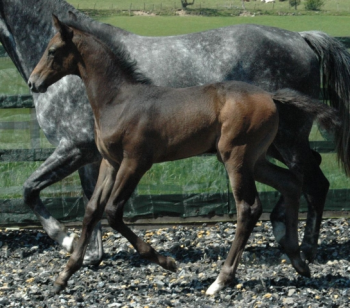