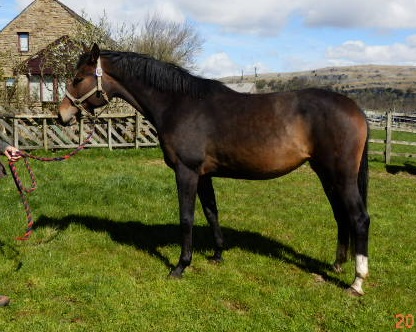 Santana is a tall stunning mare by the fantastic stallion Sandro Boy. She is very correct and very athletic already. Her dam is the full sister to an approved stallion in Germany and comes from one of the top ten mare lines in Holstein. A top class mare with a top class pedigree for breeding and sport.

She had a beautifull filly foal by Contendro born in March 2016.

Broken and lightly competed  BS in 2017 she was then turned away to mature due to lack of time on our part. She spent some time on loan to a friend but is now being produced for sport. She has good enough paces for dressage and shows a good technique over a fence. She is good to do in all ways and has been on beach and hunt rides and hacks out well.Travels in a wagon or trailer and easy by herself.

Super quality mare who would suit an amateur for all disciplines or an event home.

£10,000 inc VAT
Can be seen at Luke Boardman International for trail.
SOLD

Sandro Boy 170cm 1993 OldenburgSandro Boy, under his constant rider Marcus Ehning, accepted his retirement at the World Cup final in Leipzig in 2011: This stallion has earned more than 1.2 million Euro in prize money, won the World Cup final of Kuala Lumpur and taken more first prizes in the Grand Prix of Frankfurt for instance, placed second in the Riders Tour 2010 and received already the perfect score of 10.0 for jumping in his stallion performance test. He won 25 international 1.50 m classes.
Although, he has only been lightly as a young stallion in breeding, Sandro Boy presented straightaway top show jumping horses for the international sport. One of them is Sabrina who achieved high placings with Marcus Ehning like a first prize at the 2010\\\\\\\\\\\\\\\\\\\\\\\\' Grand Prix of Dortmund and Paris and a second place in the Riders Tour. In 2011 she won at s\\\\\\\\\\\\\\\\\\\\\\\\'Hertogenbosch and placed with the best in Valencia, Monte Carlo, Paris, Munich, Hanover and Oslo. Sabrina has nearly earned 500,000 Euro in competition winnings.
Sandro Boy has presented seven licensed sons to date, including the successful 1.50 m level jumping stallion Saccor, whose offspring is already successful in that class too. Sandro Boy Junior won successive tests for young show jumping horses and placed also in 1.50 m classes. Sandro Man de L has been internationally successful with Johannes Ehning.
Sandro Boy himself is descended from a valuable dam line that also produced the licensed 1.50 m level jumper stallion Grasco, Oldenburg Regional Champion Lagran, Bundeschampionat finalist Granius sold to Mexico and several others.

Millfield Cassandra 16.3hh 170cm 2006 Oldenburg(see broodmares)
Cassini 1 has had numerous international show jumping successes including wins in Nations Cups and placings in World Cup events with Franke Sloothaak. He has gone on to prove himself in breeding with several approved sons and an unusually high proportion of his offspring celebrating international sports successes. His sire Capitol 1 again has numerous offspring competing at the highest levels in show jumping
Her dam Pretty Woman is an attractive mare with super conformation and excellent paces for which she was awarded 8\\\\\\\\\\\\\\\\\\\\\\\\'s for her trot and canter. She has produced 1 foal in Germany who is now a licensed stallion and then started her competitive career where she was showing great potential in young horse classes as a top class show jumper. Her sire Caretino was awarded 9 and 9.5 for his jumping ability at his stallion performance test and finished with 149 points. He was then very successful in the competion arena under Bo Kristoffersen with over 40 placings jumping nationally and internationally and on Nations Cup teams. He was even more successful with Ludger Beerbaum until injury ended his career in 1994. He has over 20 approved sons and offspring competing at the highest levels in dressage aswell as show jumping.The Great Grand dam Warda, is by the famous Calypso 1 and she has produced two approved sons Atlas Bavaria and Lanchello. 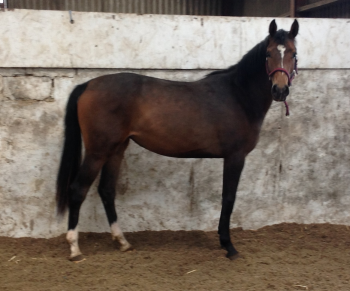 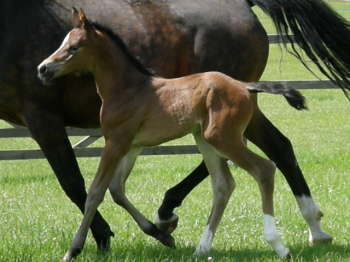 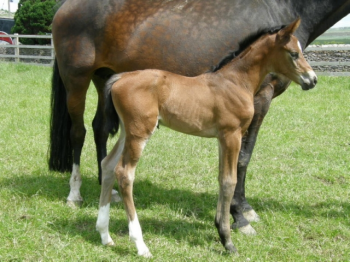 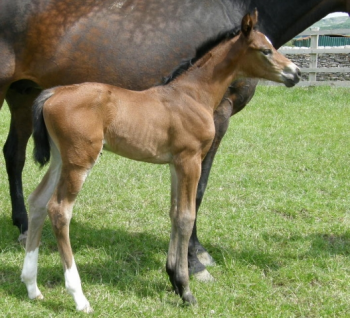 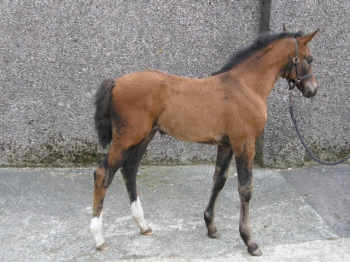 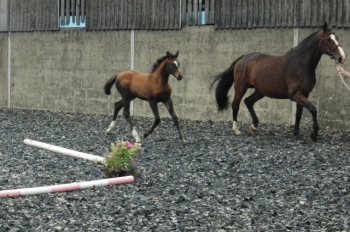 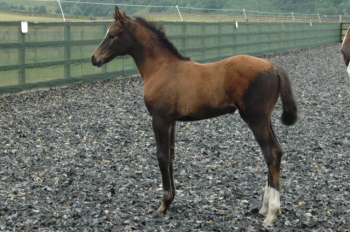 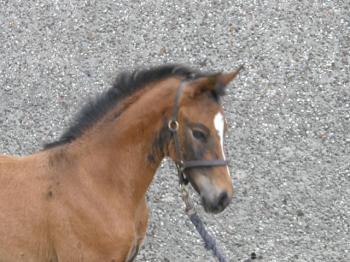 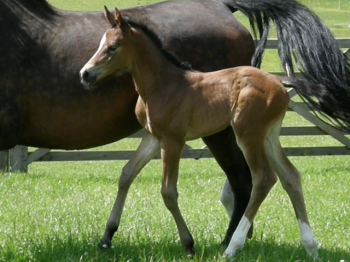 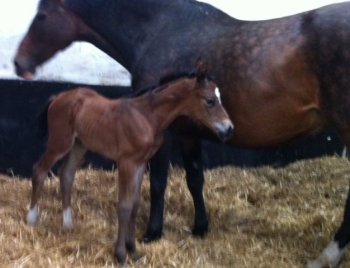 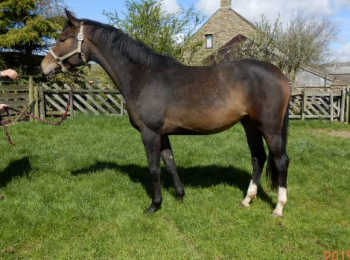