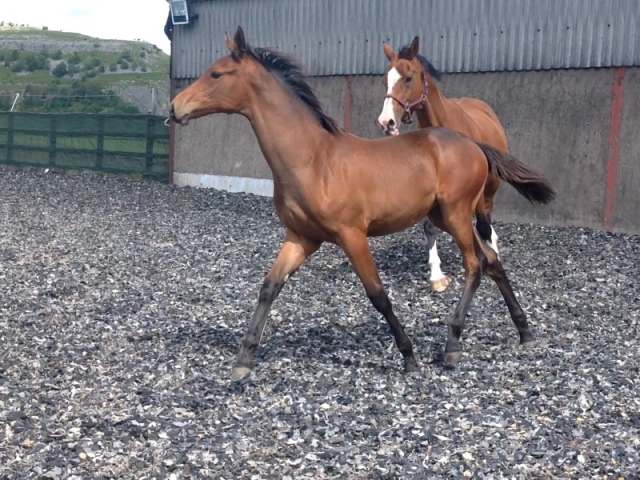 Diadora is a superb filly by the excellent young stallion Diarado. She has a great attitude, a lot of presence and is very powerful. She will make an outstanding show jumper/ future breeding mare being from a proven dam.

Brilliant in his type, superior in his appearance and extremely precious bloodlines: Diarado enchanted the experts on the occasion of the Holstein stallion approvals. A winning stallion from top to toe, combined with fantastic movements and a jet black coat. His abilities seem endless - effortless, quick and superior with an ideal bascule. His score at the 70 day test was the highest by far with a score of 150.57 and he received a 9.5 for rideability and 9.73 for jumping. He combines the big names of the Holstein breeding through his dam which is by the outstanding sire Corrado out of a Contender-Lord-Ramiro dam. Amongst the highly successful descendants of the Holstein lineage 318 d2 are the international show jumpers Cabrio/Toni Hassmann, Morales/Dr. Michael Rï¿½ping and numerous licensed stallions such as Corofino I and II, Coriano, Crawford, Chello I and II as well as the licensing-champion Camiros. His sire Diamant de Semilly ridden by Eric Levallois was member of the French gold winning team at the world championships in Jerez and won the team silver medal at the European championships the following year. Bred for performance, he has been consistently named \"best sire of young horses\" at the French championships in Fontaineblau . He can look upon an entire armada of international top-class horses and by now belongs to the most sought after sires in France. Grandsire Le Tot de Semilly was also internationally successful and is considered to be one of the best show jumping producers in France.

Nizza 16.3hh 171cm 1998 Holstein Stamm 5953 Bezirkspremium
Nizza has an outstanding temperament and proved herself in sport as a 6 year old where she had a season competing in Sweden up to 1.30 between foals. She has a mare called Queenly choice by Quantum who was competing at 1.50 as a 7 year old. She has a very promising mare Quirina by Quinar who is showing tremendous promise in young horse classes in Germany and won her Bundeschampionate qualification in 2011. She has a half brother, Kilar by Carolus who is jumping internationally at 1.60 and the Great Grand dam produced the International sports horse Raval

She is by Cassini 1 who has had numerous international show jumping successes including wins in Nations Cups and placings in World Cup events with Franke Sloothaak. He has gone on to prove himself in breeding with several approved sons and an unusually high proportion of his offspring celebrating international sports successes. His sire Capitol 1 again has numerous offspring competing at the highest levels in show jumping. 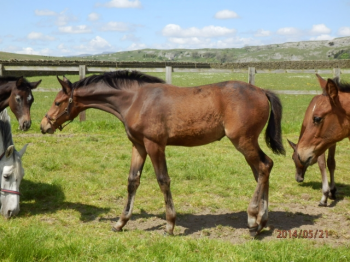 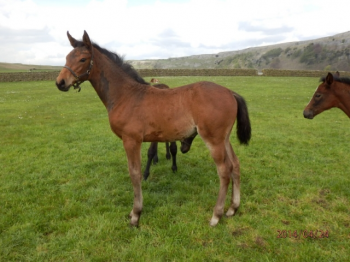 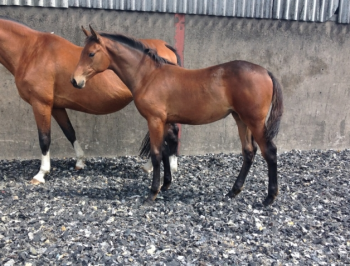 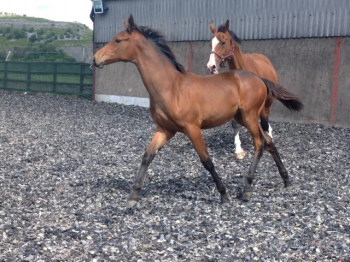 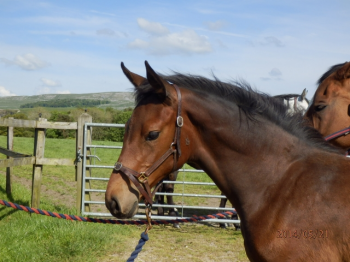 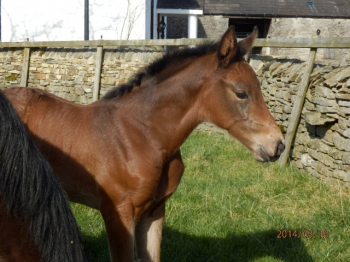 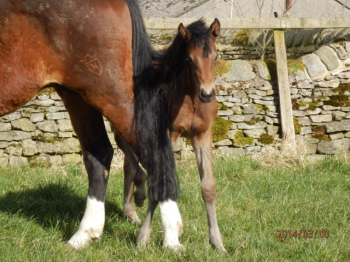 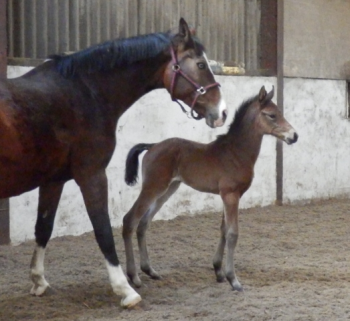