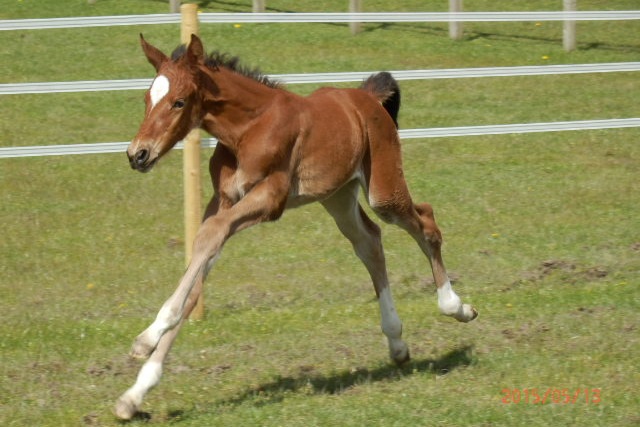 A Star is born for sport and breeding.

Tina gained a First Premium as a foal at the British Breeding Futurity Championship qualifiers. She was also awarded a Premium at the Oldenburg grading and branding and has also gained a good first premium as a 2 year old at the Futurity qualifying for the Elite show.

Tina has had a super, premium Oldenburg colt by Verdi born in June 2009 called Millfield Verve who has been sold to France and has started a promising career. She started her competitive career in style being the joint winner at Addington of the 4 year old final and qualifying for the final at Scope and in 2010. In 2011 she qualified for the Newcomers second rounds and again was a winner of the 5 year old consolation class at Addington and qualified for the 5 year old finals at Scope finishing with a fence down in the jump off.Whilst on rest for an injury we flushed an embryo for ET but to find out later she was also carring a foal. We were so impressed with the foals we decided to continue with her as a broodmare.

Her sire Contender has more than 40 approved sons in Germany and is one of the most influential upgraders in German sporthorse breeding. He is one of the most versatile sires in Germany not only producing top show jumpers but also horses with excellent paces and his son Chicoletto has been very successful at 3 day eventing with Herbert Blocker.

Tina\\\'s dam, Concordia has successfully competed abroad with an amateur rider up to 1.50m level in show jumping.She produced 2 premiumed foals in Germany, one is now competing internationally and is from the stamm 1298 and this family has been responsible for no less than 27 approved sons including Lord, Emillion and Raimondo. Her Sire Carthago Z competed at the Olympic Games in 1996 and 2000 with Jos Lansik and was also a winner of numerous grand prix and nations cup. He is one of the most successful ever Capitol 1 sons and now has several approved sons himself from a very short breeding period due to being withdrawn in 2000 due to infertility. For this reason and the successes of his progeny make Carthago blood highly sought after. 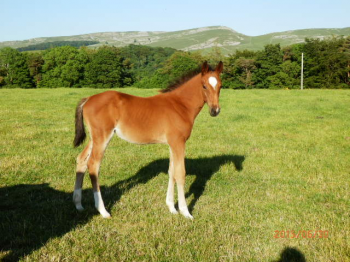 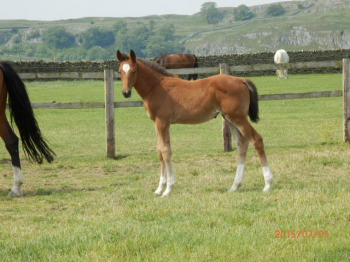 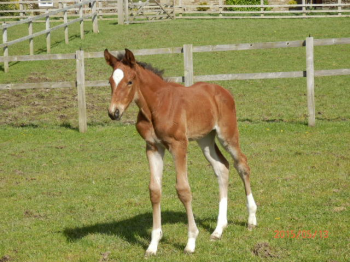 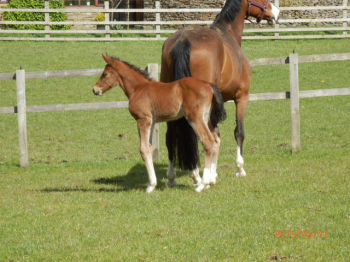 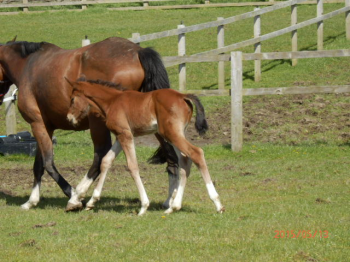