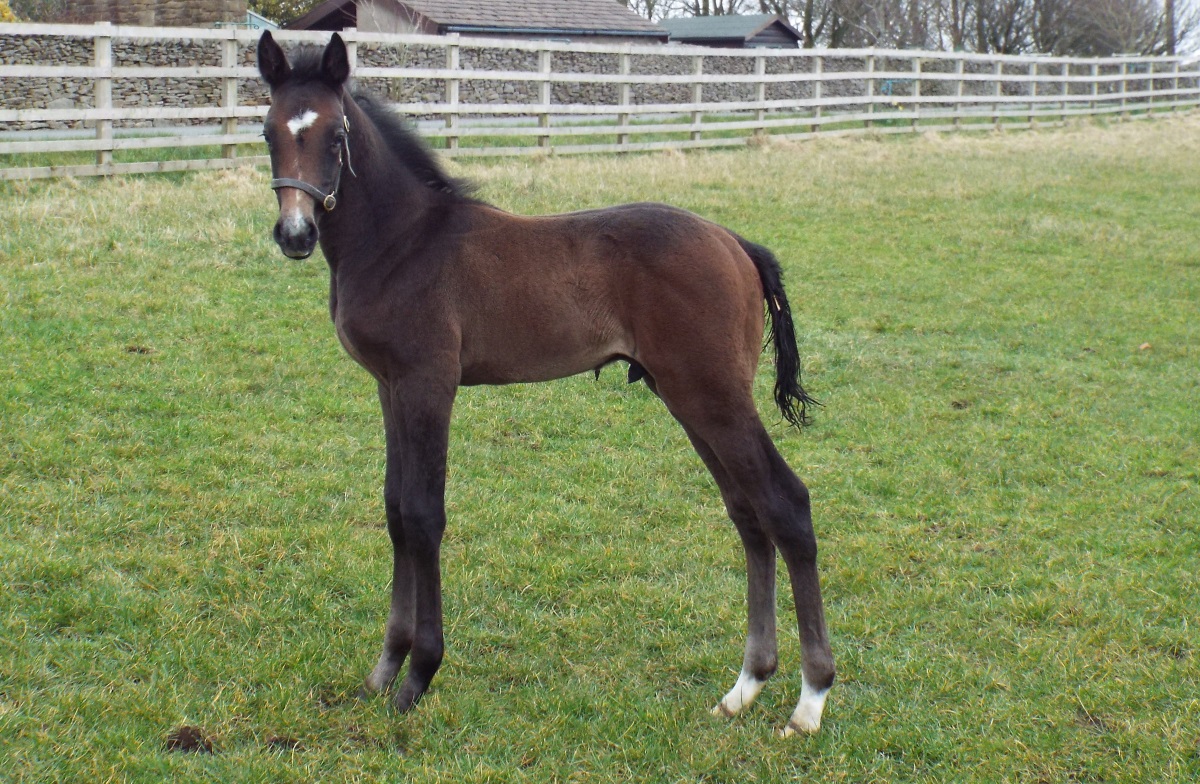 A Super tall, leggy and modern colt by the fantastic young stallion Hickstead White.He is one of the first foals born by him.Superb proven damline makes him a very exciting prospect for the future.

Gray stallion of fascinating type, clearly underlined by the performance of his internationally successful ancestors. Hickstead White is the only licensed son of Olympic Champion Hickstead on German soil. He demonstrates outstanding ability in view of technique, bascule, power and scope; blessed with an absolutely excellent jumper pedigree. Accordingly, he finished his 30-day test as overall winner (8.32) as well as very best stallion in jumping (8.75) in Neustadt (Dosse) in 2015.

Hickstead White is blessed with a pedigree you can only call “superb”. One by one, greats of the jumping horse breeding can be found like pearls on a string.

The sire Hickstead won with his Canadian rider Eric Lamaze more than 1.5 million Euro in prize money, earned 220,000 Dollar only for his victory in the Grand Prix of Spruce Meadows. Highlight of his career was the win of the gold medal in the individual jumping class at the Olympic Games in Hong Kong 2008. In the following years he collected many victories in competitions up to CSI five-star level such as the Grand Prix at the CSIO in Aachen, the World Cup final in Leipzig, the Grand Prix of Rome and again the international Grand Prix in Calgary.

The dam Queentina was reserve champion mare at the Brilliantring in Rastede in 2011, finished her mare performance test with striking scores up to 10.0 for free-jumping and won under Tobias Meyer in international show jumping in 2014, at the age of only six. In 2015 this outstanding pair won the international “Young Horse Trophy” of the K&K Cup in Münster.

The dam's sire Coupe de Coeur and René Tebbel became German Champion twice, in Münster in 2006 and in Gera in 2007. Quidam's Rubin, found third in the line of ancestors, was stallion performance test winner and produced in just a short time in breeding, in comparative terms, more than 30 licensed sons as well as 168 successful advanced (S) level show jumpers.

Vienna (Quirina 48) is a lovely mare who came to us with her dam and then was sold back to Germany rising 5. She won her qualification to the Bundeschampionat as a 6 year old and narrowly missed out on the final. We were lucky enough to get her back when her owner became pregnant and was an outstandingley consistant mare in the ring here with a heart of gold.
Vienna's sire, Quinar is the Sire of 5 world champion jumping horses. He is the sire of Quick Nick, who sold for 400,000 EU\'s at the Holsteiner annual auction and also the approved stallions Quality, Quadrigo and Quintender. Quinthago, 5year old daughter of Quinar, WON THE FEI WORLD championships for young horses in Europe in Sept. 09 in a jump off - out of l30 in the class. 2 other Quinars\' came in llth and l7th.

Her dam, Nizza is a lovely mare with a fantastic temperament by the great Cassini 1out of a State Premium dam, she herself gained 50 points at her mares test, just 1 off State Premium. She already has offspring competing very successfully in Europe and her foals have been highly sought after.
She is by Cassini 1 who has had numerous international show jumping successes including wins in Nations Cups and placings in World Cup events with Franke Sloothaak. He has gone on to prove himself in breeding with several approved sons and an unusually high proportion of his offspring celebrating international sports successes. His sire Capitol 1 again has numerous offspring competing at the highest levels in show jumping

Grand Dam Daffy is by the great Rocadero stallion who was the champion stallion at Neuminster in 1982, who also traces back to Ramiro. Rocadero was imported into Australia, where he produced numerous showjumping and dressage horses of the highest standard. Rocadero was then exported back to Germany, proving his worth as a breeding stallion in their eyes. 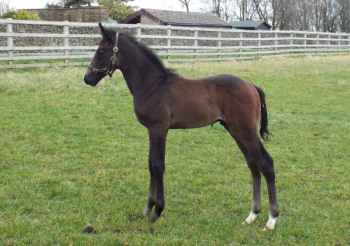